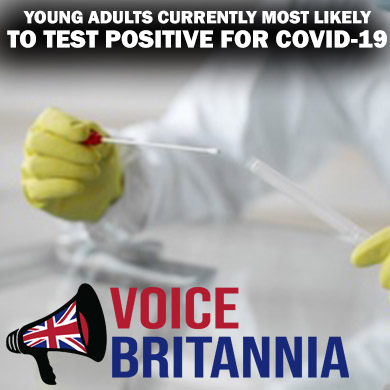 Today, the Department of Health and Social Care has published its ‘initial findings’ from governments first large-scale testing program; Which show that ‘young adults’ aged 18-24 are currently at the most risk of catching Coronavirus, with more young adults testing positive for the virus than anyone else.

The testing program ran from the 1st of May and the 1st of June, testing over 120,000 volunteers in England during that time.

The press release from the Department of Health and Social care, they say the program has found :

The report also found that during May the number of infected people was halving every 8 to 9 days and that here were on average 13 positive cases for every 10,000 people; Claiming an R Number of 0.57, which is much lower than every report which has come from scientists and Government.

It was also observed that those in recent contact with a known COVID-19 case were 24 times more likely to test positive than those with no contacts.

Health Secretary Matt Hancock said: “This ambitious testing programme will help us better understand the spread of the virus to date, predict how it may spread in the future and inform our response to the pandemic.

“It shows the impact our national lockdown efforts have had and demonstrates that we have taken the right actions at the right time.

“As a country, we have made great strides towards beating this virus but we mustn’t take our foot off the pedal, and such studies will be vital as we continue to fight this virus.”

The full press release can be read HERE!