No DSS No More – Its time renters stopped getting treated like crap! Rachael Swindon 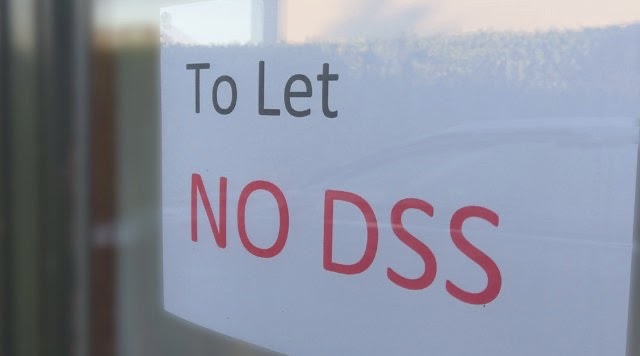 Today is the last Prime Ministers Questions session of one of the most depressing and self-serving Westminster terms the UK has ever seen. Today, Rachael Swindon returns (on a Wednesday) to remind us all that people power DOES work, and the struggle IS worth it!

I expect most of us have seen a sign saying “No DSS”. For younger readers, the DSS was the Department for Social Security. It was also known as the DHSS, which added the word “health” into the department name.

These days we call it the DWP, the Department for Work and Pensions. Notice they dropped the idea of social security and replaced it with work and pensions? I believe it should be called “social security” because that is what the Labour Party and William Beveridge created. The idea was to have a safety net for those who fell on hard times and to look after those who could no longer work, because of sickness and disability. This was the welfare state.

We call it “benefits” and “welfare” nowadays though. This has been achieved by a succession of capitalist governments, a vicious ‘poor-shaming’ press, poverty-porn garbage like Channel 5’s ‘Benefits Street’, and people’s comfort in being told what to think, and who to demonise.

Anyway, for many years, landlords have been able to advertise for new tenants, and in their adverts they would say “NO DSS”, immediately ruling out anyone in receipt of social security from applying.

And now, this has just happened.

Following a ruling at York County Court this week a letting agent was fined over £3,500 – plus legal fees – for discriminating against a tenant in receipt of benefits.

District Judge Victoria Elizabeth Mark, found that the agent breached The Equality Act 2010 for operating a blanket policy of refusing to rent to anyone on benefits. The former policy was deemed “unlawfully indirectly discriminatory on the grounds of sex and disability contrary to sections 19 and 29 of the Equality Act 2010”.

The case was brought forward by the litigation team at homeless charity Shelter, which has campaigned for the removal of “No DSS” from adverts for several years.

Back in 2018, one in ten adverts contained the phrase “no DSS” that were advertised online. This figure however, doesn’t take into account private landlords letting on their own.

Research completed by Shelter and the National Housing Federation shows that the “No DSS” policy is more likely to affect women and people with disabilities, as these two groups of people are more likely to be on Housing Benefit or Universal Credit.

Rebecca Hilsenrath, chief executive of EHRC, said: “Everyone has the right to a home. ‘No DSS’ policies by landlords and estate agents clearly discriminate against many women and disabled people, as we saw in this case. We should never see it in a letting advert again. A decade after the Equality Act 2010 was brought into force, it’s saddening that it’s been necessary to fight so hard to protect the rights of tenants like this. We’re proud to have worked with Shelter on this case; the ruling will go a long way to ensure all renters’ rights are equal, regardless of their life situation or background.”

The implications are massive. Renters have been treated like crap for as long as I can remember, but with purchasing a house beyond many of us, it is the only option.

This is a win for the tenant who worked with Shelter, and this is a massive win for equality.