Priti Patel is a greater threat to British values than a few migrants crossing the English Channel! 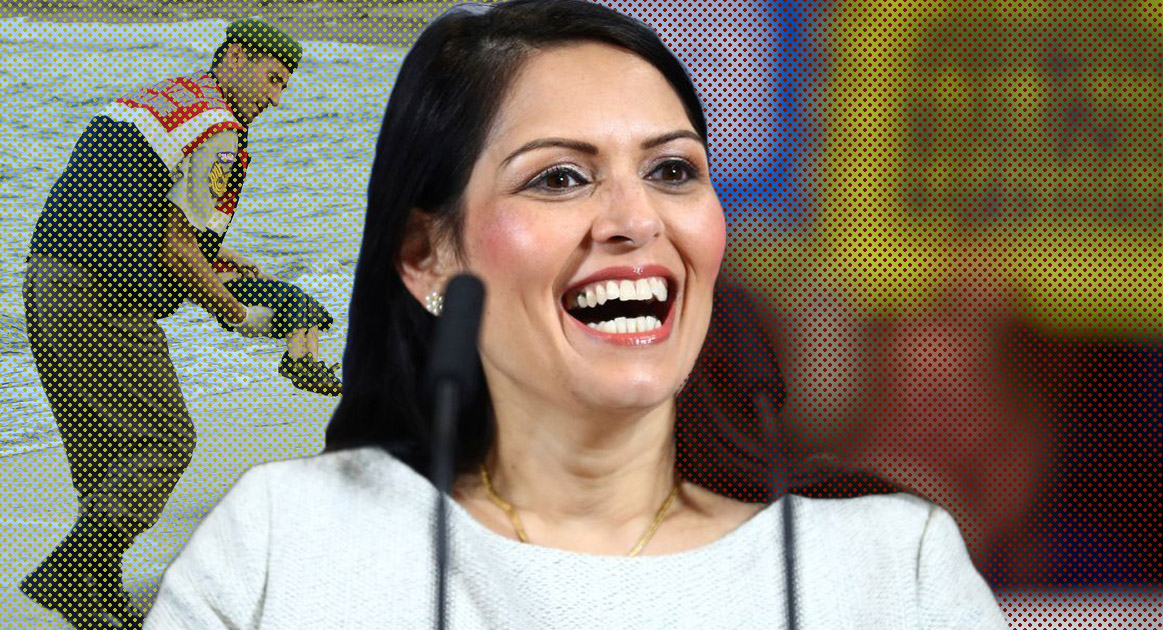 Say what you like about Britain’s far-right populists, they know how to coin a phrase.

I’m not talking about the moronic catchphrases that characterise Tory party messaging (anyone remember ‘long-term economic plan,’ or ‘strong and stable?’), but the much more insidious phrases that distort reality.

‘Virtue signalling’ is a particularly effective piece of propaganda, suggesting that articulation of progressive values is actually just performative, disingenuous moralising. ‘Social justice warrior’ is an epithet founded in much the same thinking.

This week, alleged bully and smirking bigot Priti Patel reprised another of the populist right’s most toxic phrases “activist lawyers.” Writing on Twitter, where nuanced debate goes to die; Patel complained that deportations of migrants “continue to be frustrated by activist lawyers,” but that she would “not let up until entering the UK by small boat is unviable.”

Make no mistake, the phrase “activist lawyers” is a highly-concentrated drop of poison into our political debate. Migrants, like everyone, are entitled to fair treatment. Not so long ago, Britain was intensely proud of its imperfect but noble system of justice.

Unlike despotic regimes around the world, or fascist regimes of Europe during WWII, Britain promised to deliver fairness encoded into an impartial system of laws, faithfully executed by officers of the court – including lawyers working for both the plaintiff and defendant.

All but the most selfish and deluded people understood that this was important, because the treatment received by one person today might be received by us tomorrow.

Trump’s populism is thuggish and only semi-literate; Patel’s populist phrasing here is an order of magnitude more insidious.

The phrase “activist lawyers” is autocracy with a veneer of respectability.

It suggests that lawyers executing their duties under the law are motivated by partisan loyalty, or worse, that defence of migrants is rendered illegitimate by the motivations of their legal representatives.

What Ms Patel is saying is that she wants fair treatment under law to apply only to those groups the government likes. She wants her ability to persecute migrants to go unimpeded by officers of the court. Remember, lawyers are not blockading airports or picketing planes, they are simply ensuring that if asylum claims are to be refused, then they are refused in adherence to the law.

During WWII, Britain and her allies defeated regimes that used the legal system to persecute their opponents.