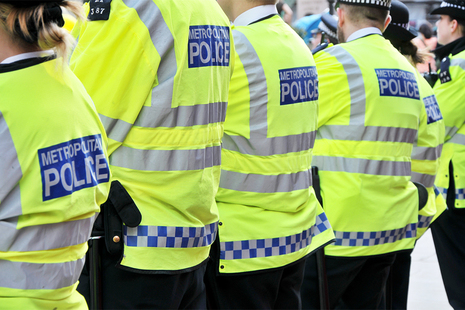 The Home Office has begun a consultation to look at new ‘personalised’ stop and search powers. The proposed court order would allow police to stop and search anyone previously convicted for serious offences, without good reason.

“Knife crime has a devastating effect on young lives and our neighbourhoods.

“Our ambition is for these new powers to transform the way stop and search is used by targeting the small number of the most serious and persistent criminals.

“The law-abiding majority should not have to live in fear, which is why are taking action across all fronts to keep them safe.“

The Home Office is proposing that courts can issue ‘Serious Violence Reduction Orders (SVRO)’ to those convicted of serious offences which involve weapons, such as knives, guns and corrosive substances.

People issued with Serious Violence Reduction Orders would be liable to be stopped and searched by police at any time. The proposal indicates that SVRO’s could be used in relation to the previously proposed ‘Knife Crime Prevention Orders (KCPO)’; with SVRO’s being issued along-side KCPO’s to enhance police powers.

The consultation will also look at whether SVRO’s could be applied automatically when someone is charged with a serious crime that involves a weapon. SVROs could last as long as the initial sentence, 6 months, or as much as two years after conviction.

Criminals reoffending costs the British taxpayer between £9.5 to £13 billion every year. The only way the UK can reduce the amount it spends on reoffenders is by rehabilitating criminals; an element which is absent from the SVRO plans.

Another concern stemming from the SVRO plans is that they could be disproportionately used against people from BAME communities.

The consultation document describes how white people commit more crime with weapons; But, the document also says that people from BAME backgrounds are more likely to be sentenced for crimes with weapons.

The Home office will have to think hard and tread carefully to avoid SVRO’s being disproportionately used against BAME communities.