Poll shows SUPPORT FOR BREXIT IS COLLAPSING! 57% of Brits now want to REJOIN the EU! 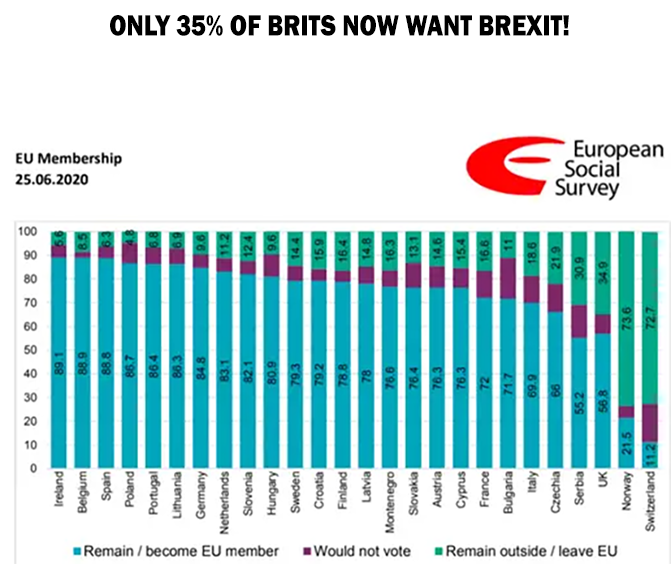 A poll by the ‘European Social Survey‘ has shown that support for Brexit is COLLAPSING throughout the UK; with only 35% of British people now supporting Britains exiting the EU!

The survey shows that over the last few years, British support for EU membership has skyrocketed, with 57% of British people now wanting to rejoin the EU!

Head ON OVER to our facebook page and tell us what you think!