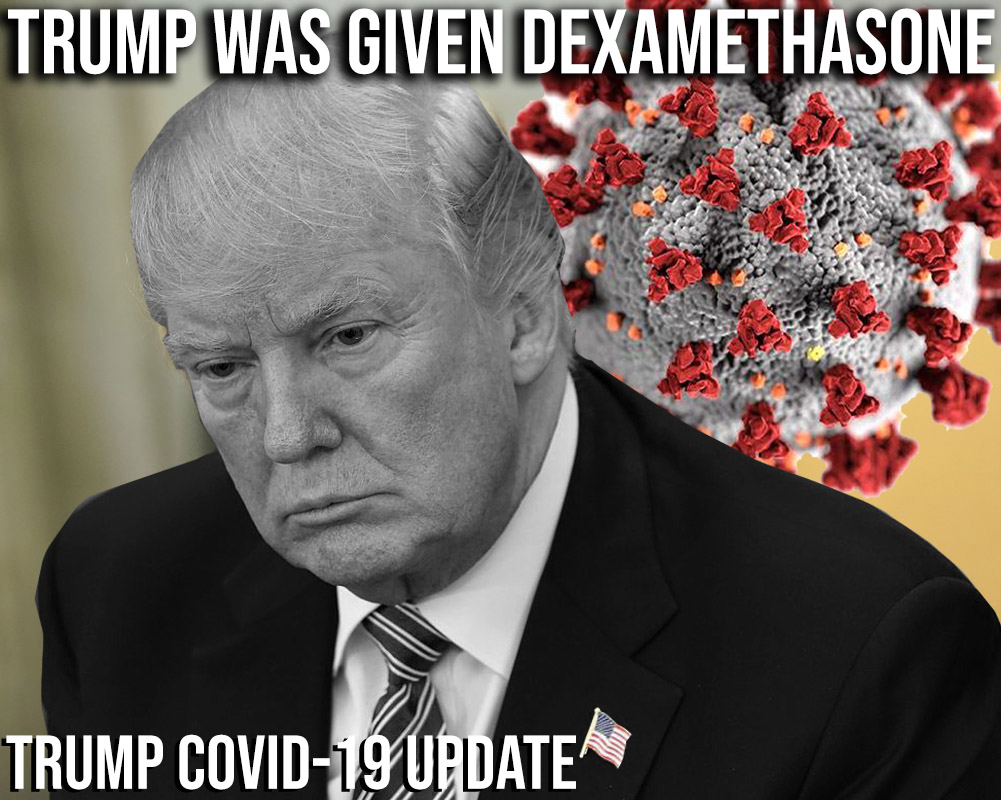 BREAKING : Reports are coming from the states on the current health of President Trump and the first lady. Senator Mitch McConnel took to twitter to update the public that the couple is displaying ‘mild symptoms’.

Scroll to the bottom for the latest update.
Last Update 17:30 Sunday 4th October.

McConnell said he has been in contact with President Trump, and that he was in good spirits; A sentiment which was repeated by White House chief of staff Mark Meadows telling reporters that “(President) Trump is not only in good spirits but very energetic”.

News broke overnight that President Trump had tested positive although then he was displaying no symptoms. Trump will be hoping to get rid of the virus as soon as he can; else he may not be able to campaign for the rest of the election period.

The first lady took to Twitter to inform the public of her health,

White House Economic advisor Larry Kudlow has told reporters that President Trump is now experiencing ‘moderate symptoms’. Donald Trump has unusually been off social media for almost 12 hours, leading to questions about the status of his health.

Donald Trump health appears to have taken a more serious turn in the last few hours. Since the last update, the White House announced that President Trump is to be admitted to the presidential suite of Reed Medical Center.

This move is being seen as a concerning turn of events. The White House has it’s own clinic operated by the White House Medical Unit (WHMU) who usually look after the health of the President. So While Trump closest have told the press the President is fine, his admission to hospital raises questions over his current state and the kind of care he requires.

The New York Time reported the Trump recieved a ‘single infusion’ of ‘experimental coronavirus treatment’. President Trump was administered the ‘antibody cocktail’ by his doctor during the afternoon.

Serious questions are now being asked about this year’s presidential election; And what could happen is Trump could become too sick to fulfil his duties. However, the White House has told the press “The President is in charge.”

Conley said the President had tested positive for COVID-19 and displayed symptoms, a mild cough and fever. However, Conley was very cryptic on many aspects of the president’s health, refusing to confirm or deny whether the President required oxygen. Other than saying he was ‘very well’, the Doctor didn’t say anything about the president’s current condition.

Doctor Conley told reporters that he had started Trump on a 5-day course of the drug Remdesivir 48 hours ago; but, Trump first tested positive before that! This admission leads to some very serious questions on when exactly Trump had tested positive for Coronavirus.

Trump’s Doctor told the press that President Trump had first tested positive for Cornavirus 72 hours ago; Although, the public only found out about the Presidents declining health 36 hours ago. This shocking revelation means that President Trump has attended multiple public gatherings, Including a fundraiser at his new New Jersey golf club on Thursday afternoon; All in the knowledge he was COVID-positive. Trump may have been a super-spreader.

Donald Trump’s White House medical team gave their daily update on the health of the President. Dr Sean Conley told the waiting press that the president is doing great; However, the evasive press conference has again left the public with more questions than answers, and serious doubt against the official story.

Conley was again pressed to give information on the President health, specifically his bloody oxygen levels. Reporters wanted to know if the President blood oxygen levels had gone below 90% – and if he required additional oxygen, but doctors refused to confirm anything.

The most interesting revelation was that Trump has been administered Dexamethasone; a steroid reserved for those who have become critically with COVID-19. Trump’s medical team asserted the Presidents vital signs were all very good, and that he has not had a fever in 2 days; But, it is clear the president must have been seriously ill. The President would not have been given Dexamethasone unless he was critically ill.

Serious questions are being asked about the honesty of President Trump and his team in relation to his current health. It is unknown if or when the President last tested positive, or even when he first tested positive. Americas want answers; They want to know the condition of their countries leader.

We will update this post with any news on the health of President Trump, or anything else in relation to the presidential outbreak.