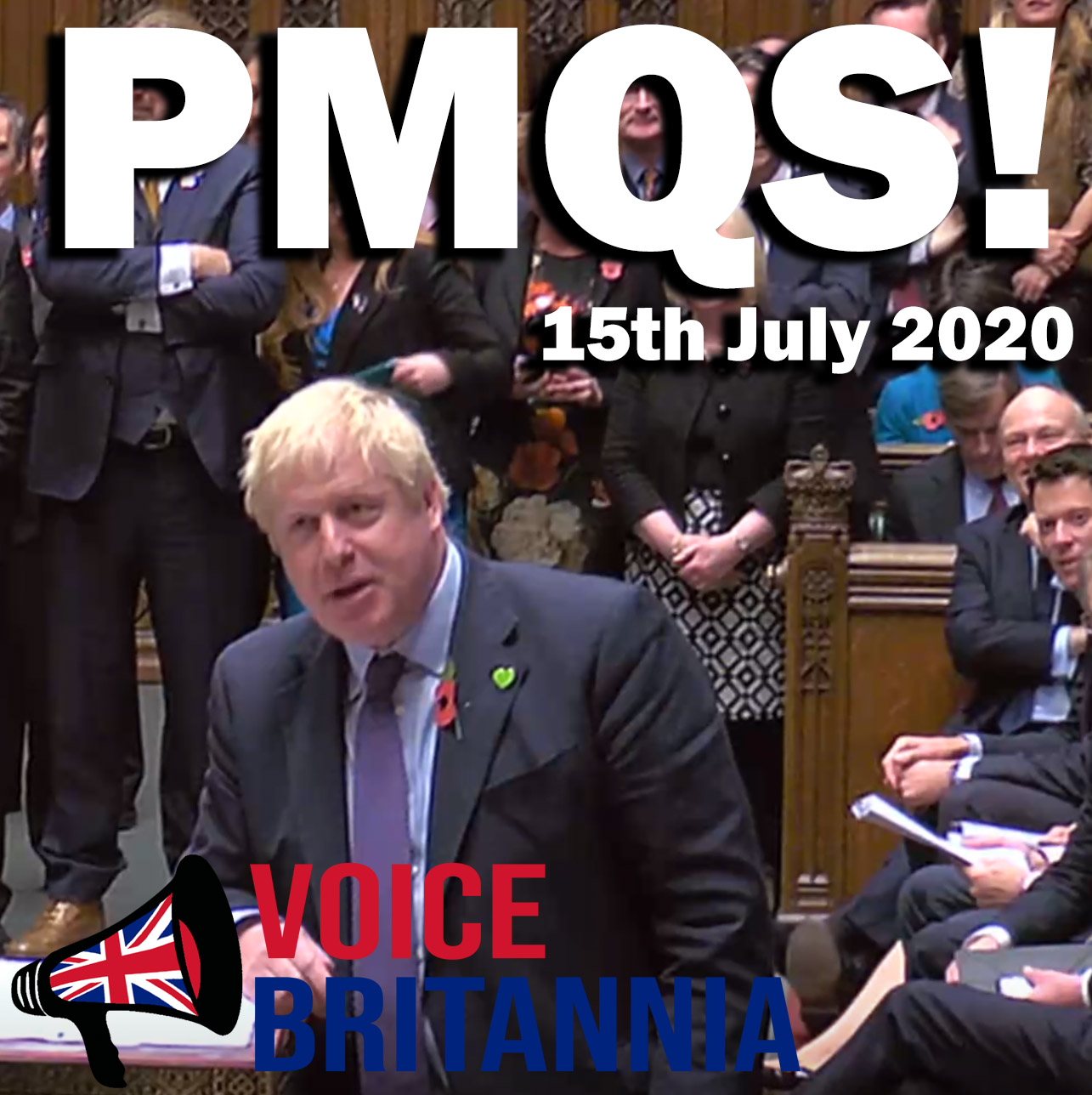 This is the Voice Britannia Live thread covering todays Prime Ministers questions. We have yet another round of Boris Vs Sir Keir! This is the second-last PMQs before the summer recess.

THIS IS A LIVE THREAD! Refresh for updates!

11:58: for anyone interested, below is the order in which todays Questions should be asked! (found HERE)

12:00 : Mark Menzies asked if the PM would go to Warton and visit the team at BAE systems.

Aviation – many redundancies have been announced. why did government not being in sector-specific help for jobs like those which will be lost at BA or Easyjet. The Prime Minister fired back with claims that his Government is getting people back to work, before claiming it was Starmer who needs to decide if he wants to help people back to work!

Starmer replied calling the PM’s comments “rhetorical nonsense”, claiming that the PM should be focusing on the people who are losing their jobs and not the rhetoric. He then asked the PM about the OBR’s projections on job losses; and the actions some businesses are taking in keeping people employed on furlough only to fire them when the help ends. Starmer asked Boris will he take action against this behaviour …

12:06 : Boris replied that he wanted to be clear that he wants companies to keep people employed. he said he cannot ensure with a magic want that jobs are retained following the COVID19 Crisis, then told the house that Government is investing £600 BILLION so the country can “build build build” to a recover.

12:07: Starmer then moved to Coronavirus, and asked the PM if he would be taking actions in July and August to prepare for a second wave, referring to a report which states action needs to be taken now. The PM started to answer, but quickly pivoted to boasting about hiring nurses, then claimed they have taken steps to protect the NHS this winter. Starmer asserted his point on this matter, the report explicitly describes the worst-case scenario in the NHS this winter and what needs to be done about it.

the PM sat shaking his head while Starmer spoke.

Boris then gave the house the assurance that the UK will have a test and trace system which is as good or better than any other country.

12:11 A now visibly angry Sir Keir, stopped playing Mr nice guy, and told the PM to stop standing up and claiming everything is a success when it is ‘obviously not true’.

And our tv box just went down, thankfully at the end of Keir Starmer’s questions. Thanks for following along with this experiment! If anything else happens at today’s PMQs, we will update this once our TV comes back on!