Propaganda and a pint! VAT drop Wednesday being used to promote GOVERNMENT POLICY at Wetherspoons! 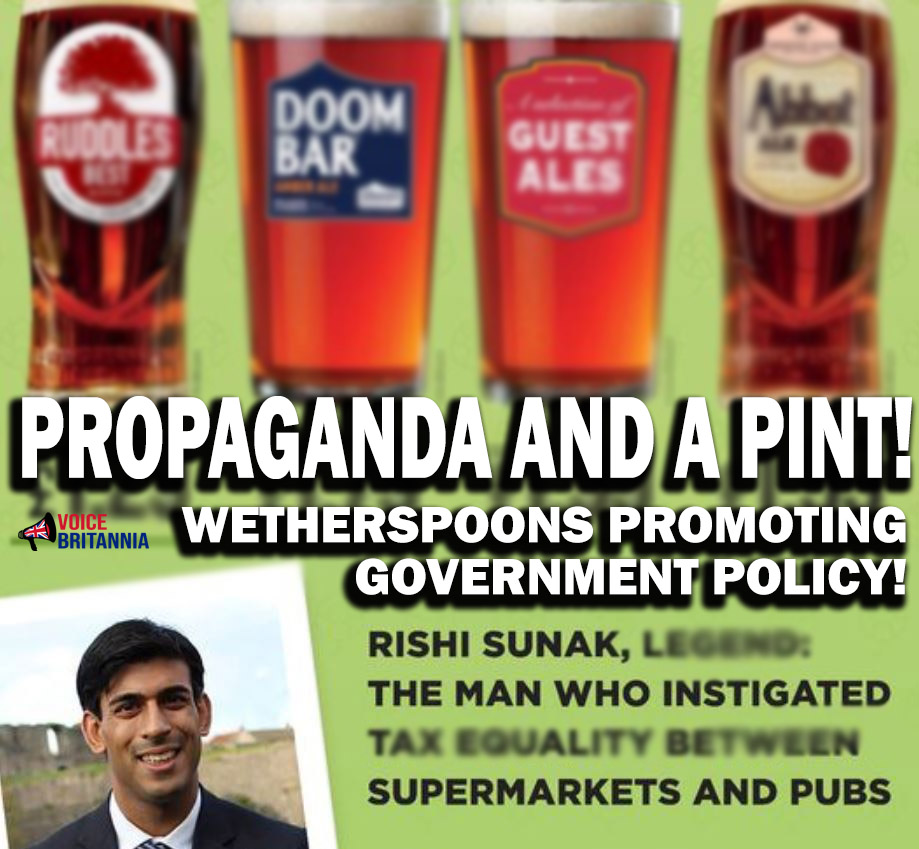 Propaganda and a Pint anyone? Today, UK budget pub chain Wetherspoons has announced a new ‘Sunak Specials’ special offer which will start when VAT cuts to the hospitality come into effect this Wednesday.

While most bars in the UK are preparing to work harder than ever and make enough to keep their heads above water over summer, Tim Martin has decided to use the occasion to sycophantically promote government, its ministers and the policies – which many have dubbed as “Socialism for the right”.

Wetherspoons owner (and Conservative party donor) Tim Martin has reportedly been putting pressure on Government to reopen the hospitality sector. Within minutes of Sunak announcing the ‘eat-out-to-help-out’ offer, and VAT cuts to the hospitality sector tounges were wagging about the type of assistance chancellor Sunak was giving to businesses and who was going to benefit from them

In the leadup to Sunaks mini-budget sources close to Government told VB that Sunak was planning on giving everyone in the UK £500 to spend in an effort to jump-start the economy. However, when it came to last Wednesday’s mini-budget Sunak was forced to direct his financial assistance at businesses within the hospitality sector instead of the people who might need the money more.

The irony of a promotion to sell cheap alcohol being fronted by a teetotaller MP is not lost on the Voice Britannia team! What next, Priti Patel selling boat trips to France?

What do you think? Will you be taking advantage of this offer and filling up at your local Wetherspoons or, will you be avoiding the pubs?