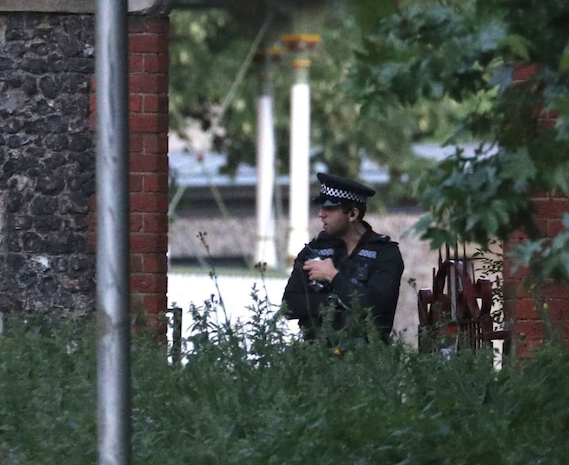 Three people have died and many others injured in a multiple stabbing in central Reading. Police are treating the incident as ‘Terrorist related’ with Counter-Terrorism police now investigating.

Update: Thames Valley Police have officially declared the attack to be a ‘Terrorist incident’.

The Press Association reports that Thames-Valley police have arrested a 25-year-olf Libyan man at the scene of the violent attack. Police have asked that people do not share videos or images of tonight’s incident online.

Thames-Valley police said tonight’s horrific incident is not connected to the earlier Black Lives Matter protest, which ended at 4 PM. The UK’s current terrorist threat level was lowered to “substantial” in November 2019.

After 7 pm, while many were relaxing and enjoying the sun; witnesses reported seeing a lone male ‘stabbing people’ before exiting the park, being quickly apprehended. Thames-Valley Air Ambulance’s and paramedics were quick to the scene.

A harrowing video of the aftermath quickly found its way to social media and showed paramedics working on an individual who was bleeding heavily; Paramedics were giving another victim CPR in an attempt to keep them alive.

MP Matt Rodda told BBC that it was an “absolutely dreadful incident” and “my thoughts are with the families“. He described Forbury Gardens as a ‘traditional park’ near the town centre and a popular area of the town which has been a busy and peaceful outdoor space during social distancing.

Prime Minister Boris Johnson tweeted “My thoughts are with all of those affected by the appalling incident in Reading and my thanks to the emergency services on the scene”.

Dashcam footage alleging to show the arrest of the Libyan national can be seen below.