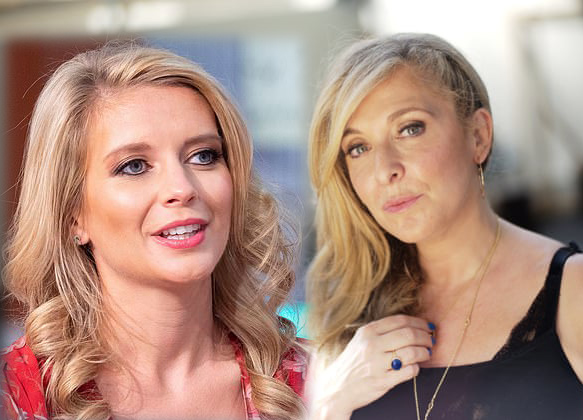 It was announced today that Rachel Riley and Tracy Ann-Oberman have withdrawn legal actions against Barrister Jane Heybroek, and agreed to cover legal costs after the tv star’s libel case fell apart.

Jane Heybroek, Voice Britannia and everyone else covering this story are ALL asking that people DO NOT use this story, and this court defeat as a reason to troll or attack Rachel Riley, Tracy-Ann Oberman, Lawyer Mark Lewis or any of their online supporters.

Please, let’s RISE ABOVE HATE! It’s not worth it and only leads to more pointless exercises like this!

In a statement released by Ms Heybroek, she describes how Riley and Oberman’s were seeking damages and costs in respect of a ‘re-tweet’ of an article by blogger Shaun Lawson. The tweet contained a link to a blog Shawn had written about them in January 2019. Shaun Lawson’s article talked about the celebrities’ alleged behaviour towards a teenage Labour supporter in 2019. The tweet by Lawson had been shared by hundreds of people

A statement from Ms Heybroek it is described that Riley and Oberman had been represented by Lawyer Mark Lewis on a ‘no win no fee’ basis and also having obtained ‘after the event insurance’, meaning the financial risk to the celebrities was almost nil.

Jane Heybroek said: “Many people would have felt forced to settle for reasons of pragmatism. Whilst I am in a more fortunate position than most, after having spent almost £30,000 by a very early stage, it was clear to me that I would have no prospect of funding my defence to trial without help.

“I am making this statement for the benefit of those who have supported me emotionally and financially and to address one other issue. Ms Riley and Ms Oberman’s vocal stance against antisemitism (and perceived antisemitism) has been widely documented, as has their involvement in other legal cases.

“I ask people, for their own sakes, not to discuss the content of Mr Lawson’s article, nor to comment on Ms Riley or Ms Oberman on social media more generally.”

Rachel Riley and Tracy Ann Oberman’s legal team had been forced to withdraw the case and Ms Riley and Ms Oberman have agreed to contribute towards the legal costs.

Jane Heybroek would like to thank everyone who has contributed and helped her over the last 18 months; “it will not be forgotten”.

Voice Britannia would like to congratulate Jane on achieving justice.