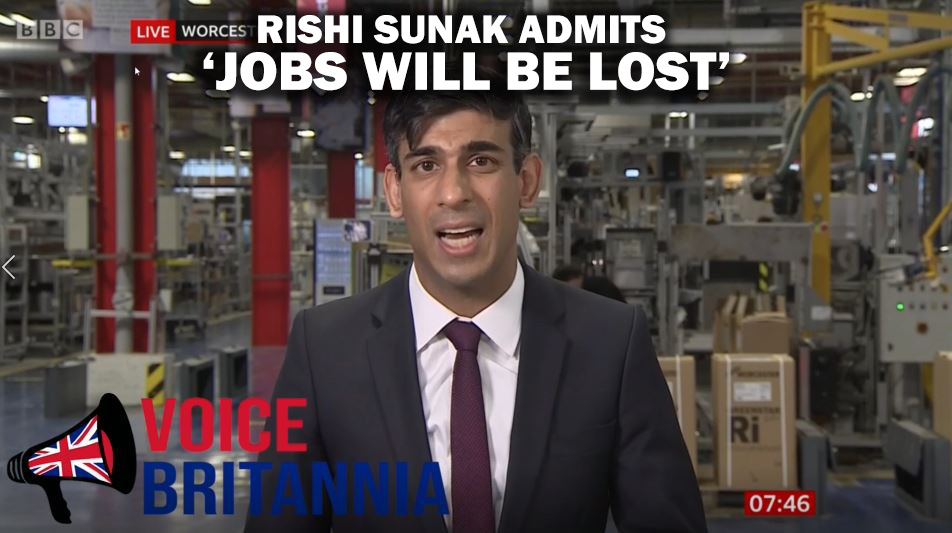 Chancellor Rishi Sunak was forced to admit that a significant amount of people in the UK will lose their jobs in the coming months, as the UK enters “one of the most severe recessions” ever due to the COVID19 pandemic.

Sunak appeared on BBC Breakfast this morning and was grilled by host Naga Munchetty, who picked apart the latest policies introduced in the chancellor’s summer mini-budget.

During the interview, Sunak was faced with scenarios and questions from people who have been furloughed, and self-employed people who now have no income; However, the chancellor gave no direct answers to the situations, focusing on his own policy and ‘party line’.

Munchetty attempted to seek clarity on what will happen in January when the government stops paying businesses ‘back to work’ bonuses, Naga stated that we know unemployment will rise and asked the chancellor if he has any idea how bad unemployment would be by spring 2021. Sunak attempted to deflect the question with an answer on who does the forecasting for job losses, but Naga interrupted, making it clear this was not what she asked.

Backed into a corner, Munchetty drilled it home, asking the chancellor to answer the question of what HE has in his mind of what would be an ‘acceptable’ level of unemployment. Sunak answered this frankly, telling Munchetty: “if you’re asking me, can I protect every single job, of course, the answer is no.

“Is unemployment going to rise, are people going to lose their jobs, yes.

“The scale of this is significant. We’re entering one of the most severe recessions this country has ever seen”

The Chancellor went on to say that he is trying his best to mitigate against job losses, and he does not see unemployment as an ‘unavoidable fact’.

What is clear from todays interview, is that chancellor Sunak is taking the prospect of job losses seriously; although, it could be said that Sunak is focusing too much on the creation of jobs and retention, as opposed to the people who will be directly affected by unemployment.

The reality of society now and for the next few years (unless another crisis appears), is that people will lose jobs in the coming months, this IS an unavoidable fact. Ignoring this fact could lead to another avoidable social crisis. It may be better for Rishi to act now than to wait until 2021.

What do you think about the Chancellors admission? Will you be affected?