‘Only viable jobs will be saved’ under ‘Job support Scheme’ – Is YOUR job ‘viable? 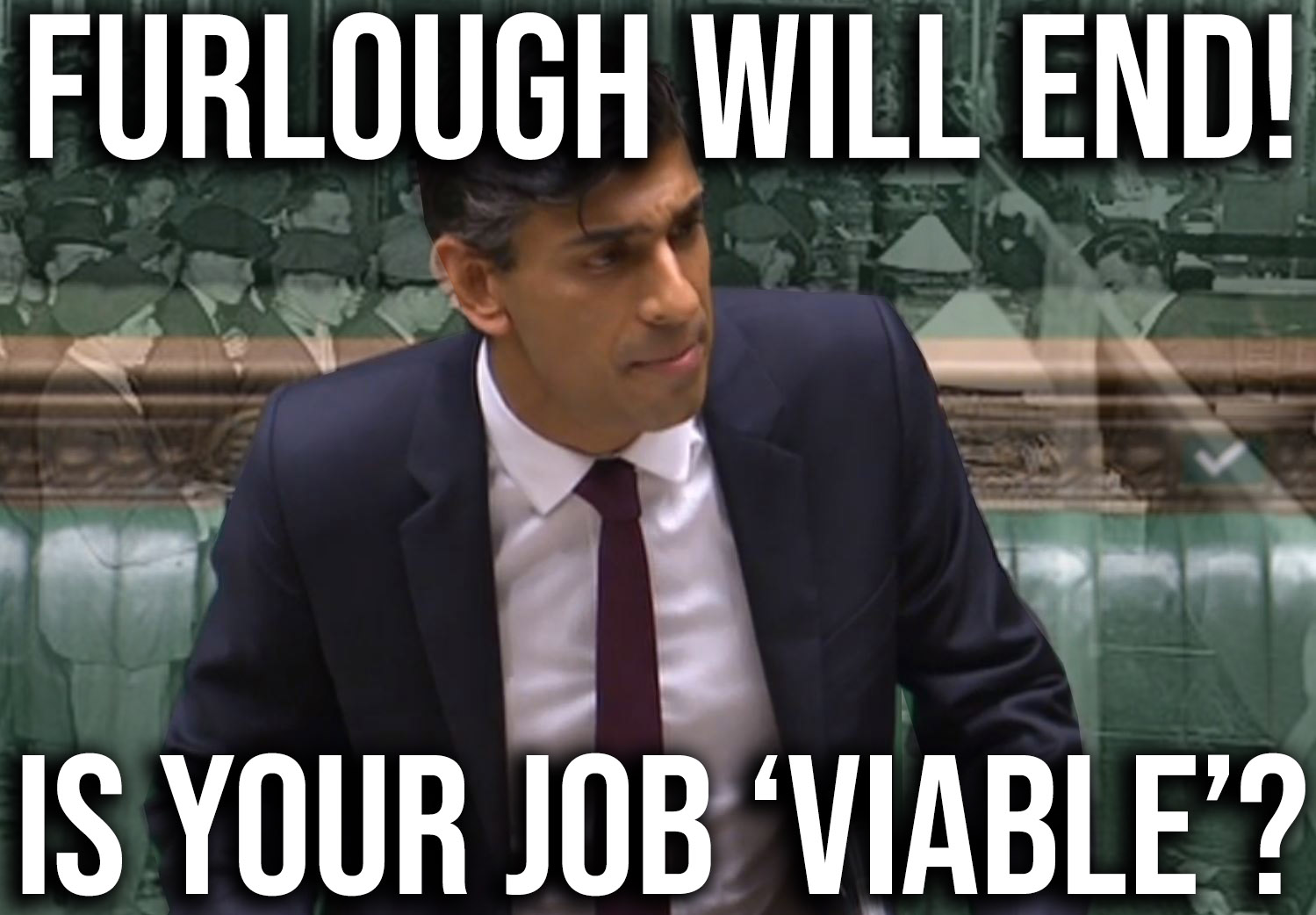 The Chancellor of the exchequer addressed the house of commons, updating his package of help for people and businesses who are struggling through the COVID-19 pandemic. Sunak said that England faces “at least six-months of restrictions”.

Furlough WILL end in October

With the governments furlough scheme, which helped secure an income for millions of people during the pandemic ending next month; Ministers and members of the public were hoping that a new form of help would be announced.

Sadly, many could lose their jobs as the furlough scheme ends in October. Instead of furlough, the chancellor announced a new ‘job support scheme’ that will help some, but not all, people.

The announced ‘job support scheme’ is essencially a ‘part-time’ version of the furlough scheme; However, Sunak stated that the government would only support “viable jobs”.

Sunak announced that the ‘job support scheme’ would support employees who can work a third of their usual hours. Employers will be expected to pay their employee for the time worked; The government will pay the other two-thirds of the employee’s wages.

What IS a viable job?

The claim that only “viable jobs” would be saved has struck a palpable fear in many. Digging into what Sunak announced, a ‘viable job’ will be a job which can be done while pandemic restrictions are in place.

For example, this means that unless a full-time worker can physically work for 12-and-a-bit hours a week, their job will be deemed as non-viable and the employee will not be able to part of the ‘Job Support scheme’.

This means that people who work in the live events industry, and other sectors that have been completely shut-down due to the pandemic could become unemployed and be forced to claim Universal Credit come October; As their jobs/businesses will not be viable.

Sunak used his statement to announce a range of ‘new’ measures to help businesses with cash flow and to stay alive during the pandemic.

These measures include ‘bounce back’ business loans; changes in terms on business loan repayments; Deferment of VAT /tax bills; A hold on the resumption of the 20% VAT rate for the tourism and hospitality sector; AND, the Johnsonesque named “Pay as you grow” scheme, which also provides assistance for paying back loans to Government.

The chancellor told Ministers: “It would be dishonest to say there are some risk-free solutions; Or that we can mandate to such an extent that we lose all sense of personal responsibility.”

“It’s on all of us. We must learn to live with it and without fear.”

To sum up todays statement; The Chancellor and in turn government have made it very clear that their allegiances lie with businesses. There was no mention of how people whose jobs are deemed “non-viable” will survive; this is because government are expecting them to claim Universal Credit. Now would be the time to introduce a Universal Basic Income; people NEED help.

England is now Six-months into the pandemic, and Sunak made it very clear that there are at least another six months to go. Todays statement, that only viable jobs will be saved, is likely to lead to thousands, if not millions of jobs as small business owners decide enough is enough.

Watch the full statement by Rishi Sunak; and Steve Smith’s live reaction below.