Putin: ‘Russian Navy to be armed with hypersonic nuclear strike weapons’. Is this the start of the second Cold War? 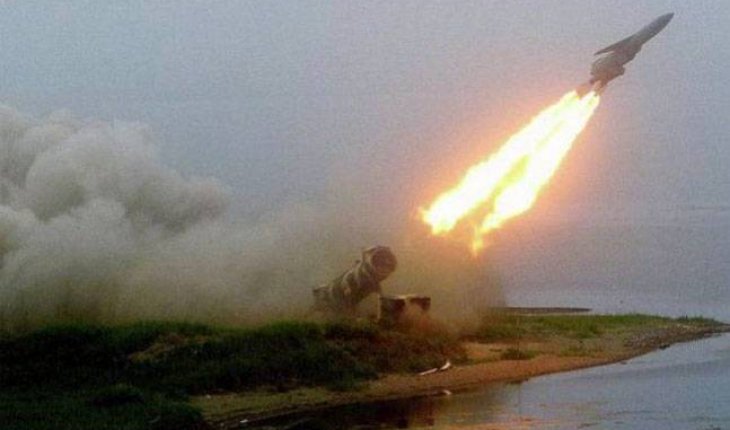 This weekend Russian President Vladimir Putin announced that the Russian Navy is at the ‘final phase of testing’ of the bear’s latest range of underwater nuclear drones and hypersonic nuclear strike weapons.

Speaking at St Petersburg’s annual naval parade, Putin boasted that his navy’s capabilities were growing, with 40 new vessels coming into service in the next year.

Amongst Russias newest hardware is the nuclear powered and armed ‘Poseidon powered underwater drone’, also known as the ‘doomsday drone’. The drone, which looks more like a giant torpedo, can carry a several megatons nuclear warhead and is powered by a small nuclear reactor, giving the craft a gigantic 10,000 km range; Although, with the drone being nuclear powered, and having no need for refuelling, the drones could patrol the world’s oceans for years.

The Poseidon drones are to be operated from the Russian Navy’s specially-built 184 -meter-long Oscar-II class nuclear-powered submarine prototypes “Belgorod” and the “Khabarovsk”; both built at the Sevmash shipyard, Severodvinsk.

While the thought of nuclear powered “drones” that contains massive nuclear warheads lurking around the world’s oceans sounds scary, this is only the start. Hypersonic weapons are the potential game-changer.

Russia is set to deploy its ‘Zircon’ (3M22 Tsirkon) hypersonic missiles on the Russian Navy’s Kirov-class battlecruisers this year. The terrifying weapon’s scramjet engines push the ordnance to 6,090–6,851 mph (Mach-9) although currently, the range of the missile is only around 300 miles. The Zircon missile follow Russias Avangard hypersonic missile which came into service at the end of 2019 and can travel as fast as MACH-27!

Currently, the worlds nuclear superpowers protect their interests by following the doctrine of ‘mutually assured destruction’, where any nuclear attack is instantly retaliated against with another attack, leading to nuclear obliteration being assured for all involved. What makes hypersonic weaponry so dangerous is their speed, manoeuvrability and their invisibility to radar.

The fear is that due to the blistering speed and manoeuvrability, hypersonic weaponry could be used to shoot down any retaliatory ICMB’s, paving the way for a viable pre-emptive nuclear strike against another nuclear superpower.

With the potential of Posiden drones launching Nuclear ICMB / strikes – and the hypersonic missiles being used to shoot down any retaliatory strikes before they can become a threat to the attacker; the Cold War doctrine of ‘mutually assured destruction’ is fast falling out of date.

The Cold War revolved around the concept of which nuclear power could strike the other first, and whether such an attack could be defended. With Russia now at the point where it renders mutually assured destruction redundant obsolete -We have to ask, is this the start of a second cold war?