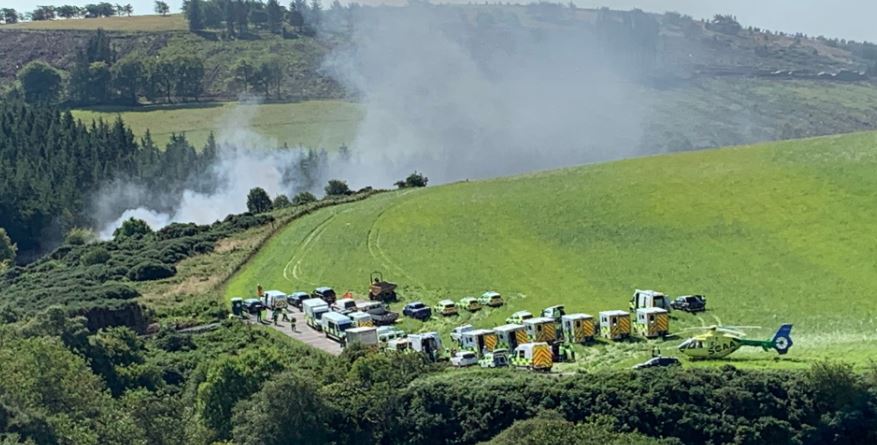 A Serious incident was been declared earlier today when a Scotrail passenger train became derailed near Stonehaven, North-east Scotland. It is believed the incident was caused by a landslide caused by heavy storms which battered the north-east of Scotland overnight.

The Scottish First Minister Nicola Sturgeon has announced there were ‘serious injuries’ at today’s First Ministers Questions at the Scottish Parliament; A major incident was declared. This afternoon it was confirmed that three people including the driver, had died.

Over 30 emergency service vehicles from various agencies including the Air Ambulance were called to the scene. Thick black smoke was seen billowing from the crash site.

The derailment was reported at around 06.30 this morning. Sources have indicated to VB that currently, investigators believe that Thunderstorms overnight had caused a landslide, which the train has either collided with or been hit by.

Steve Smith note: This is a train I have been on literally hundreds of times. I have many friends who stay in Stonehaven and the surrounding area. My thoughts go to anyone involved. We will update this story as more facts become available.