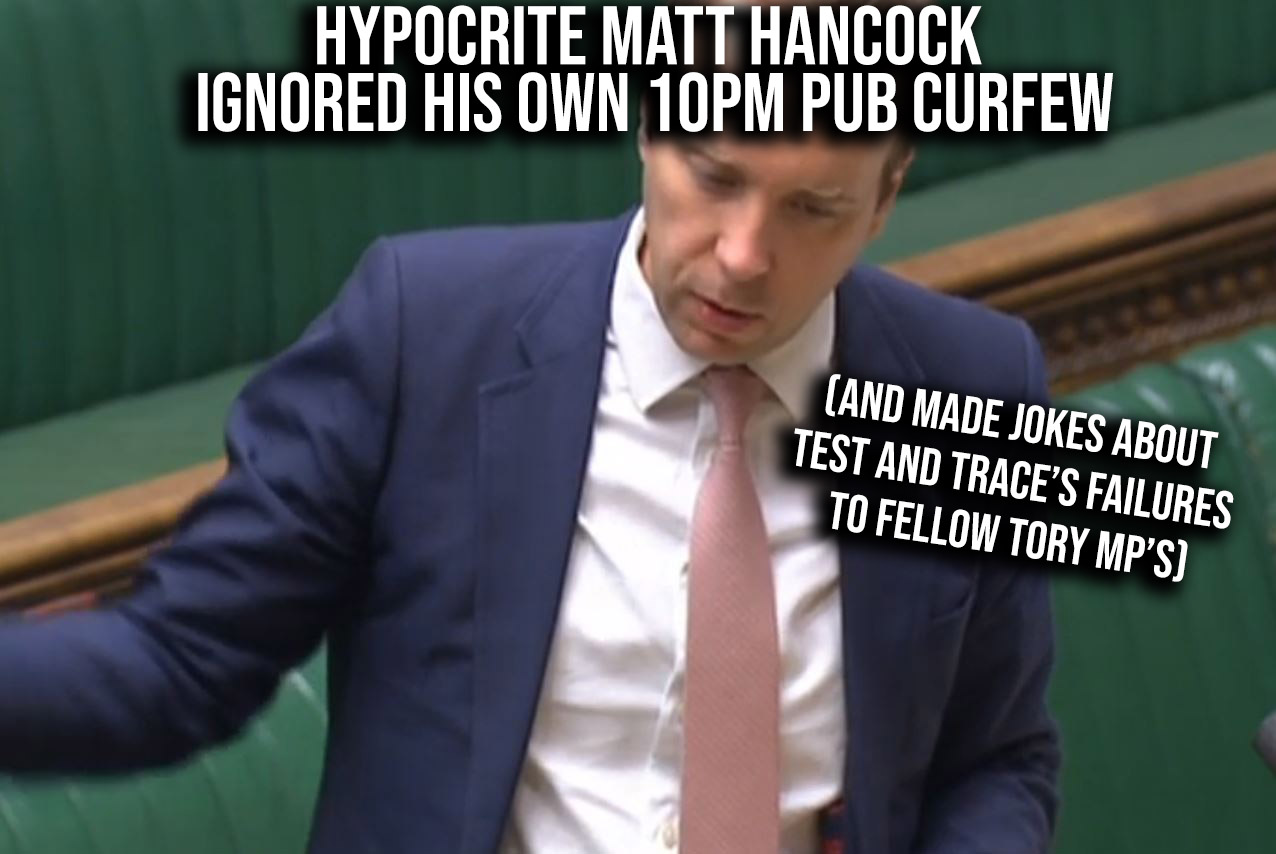 Hypocrite and all-round cretin Matt Hancock stands accused of ignoring his own 10 pm pub curfew, to attend a commons bar; and that while in that bar he made tasteless jokes about his test and trace’s failures. Ministers are now asking how serious the Health Minister is taking his job.

Spotted in the smoking-room of the ‘commons bar’, Hancock is reported to have arrived at the bar around 9.40 PM, only twenty minutes before the pointless pub curfew begins. ON arrival, Hancock ‘announced’ “The drinks are on me, but Public Health England is in charge of the payment methodology, so I will not be paying anything!”

The health ministers quip is a telling look into the levels of seriousity that underpins governments entire approach to COVID-19. Arguably, if the man leading the nations ‘battle’ against Coronavirus thinks his failures are mear ‘jokes for the boys’, how can we take him seriously? How can we trust that he really cares?

A SENIOR Conservative MP told the Mail on Sunday: “Mr Hancock remained in the Smoking Room bar until at least 10.25 pm, despite Speaker Sir Lindsay Hoyle insisting that Commons venues must abide by the same 10 pm drink-up-and-leave curfew as all English pubs”.

A group of Tory MP’s have now admitted they were in the bar drinking when Hancock was spotted. MP Charles Walker who oversees the Commons bars has announced an investigation into claims the curfew is being ignored by Westminster Politicians.

You are right to be very angry about this. The UK’s health minister is ignoring the irrational rules being set by his government, he is laughing at the failures caused by him and his own government; And, worst of all, he believes his failure should be rewarded with a drink.