Keir Starmer: where did it all go wrong? – Starmer series part II 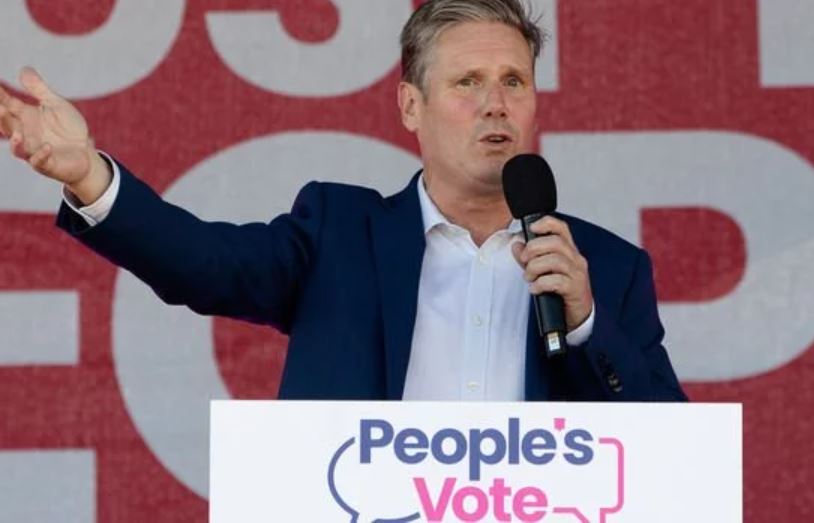 Keir Starmer’s resume is impressive; a barrister, QC, former Director of Public Prosecutions, defender of human rights, knight of the realm and now the leader of the Labour party, just one step away from the top job.

Constantly striving for personal advancement, he is clearly a man on a mission, a mission he has yet to describe in any real detail since he became leader in April. Starmer prefers to talk in more general, value-based terms. In this article in the New Statesman Stephen Bush describes the leader’s conference speech and its lack of substance very well.

With a Tory government overwhelmed by events and ideologically opposed to the interventionist policies required to prevent further economic damage, the stage was set for Keir Starmer to seize the moment. He had the perfect opportunity to explain to the nation where the Conservatives had gone wrong and, more importantly, what he would do instead. He had a chance to present his own plan directly to the country. The problem is, he doesn’t have one.

Whether you are a Starmer supporter or not, we can all probably agree that he has failed to meet the moment. With the Tories in disarray, the Labour leader should be getting his message across and Labour should be pulling ahead in the polls. Labour centrists insisted the party would be 20 points ahead if it had a leader like Starmer, so where is the surge? Starmer should be measuring up the curtains for 10 Downing Street by now, but he isn’t. What happened?

Why isn’t Labour 20 points ahead in the polls?

Starmer’s problem is that regardless of how hard he tries, he meets too much resistance. Despite having the support of the establishment, the Labour right-wing and cordial relations with most of the media, Labour is still lagging behind the Tories in the polls.

It is similar to what happened during the Labour leadership election where he only won 35% of the eligible vote. These statistics indicate Starmer is a weak and ineffective campaigner. The wider electorate has now had time to form an opinion of him and, judging by voting intention polls, they are not that impressed.

Starmer supporters claim Labour has drawn level with the Tories in the polls. That is not quite an accurate description of current polling. Of the dozens of polls published, Labour is only level with the Tories in two outliers. Starmer supporters are also keen to say his personal ratings are better than Boris Johnson’s in some polls but the fact that people might like Keir Starmer but don’t like him enough to vote Labour doesn’t help win a single vote.

Labour was ahead of the Tories in the polls for a prolonged period of time under Corbyn’s leadership. Currently, Labour are trailing in most polls behind arguably the worst Tory government in living memory. This is happening in the context of a national emergency which has been badly mishandled by the prime minister and his government.

The mishandling and mismanagement of the COVID-19 pandemic have contributed to over 65,000 excess deaths in the UK. Labour should be providing the country with an alternative vision, plan and policies. Instead, the party has a policy of “constructive opposition”, which effectively means Labour often supports and agrees with the Tories.

Where did it all go wrong?

Like Blair with Iraq, Starmer will be remembered for his central role in the attempt to stop Brexit. He tried to overturn 17.4 million votes, the largest mandate in the history of British democracy.

The Tories will never let voters forget that, especially during campaigns. The Tory party could well have splintered naturally after Brexit, Brexit was the glue holding the Tory party together. Now Keir Starmer is the glue that binds the Tory party. Having Starmer as Labour leader hardens and mobilises the Tory base.

Government is a matter of trust. On Brexit, Starmer failed the test. He promised the electorate he would deliver Brexit and then he broke his word. He broke trust with the electorate, he disrespected British democracy. No matter how much his supporters would like to hope, that will not be easily forgotten by voters.

Starmer also faces several internal party problems, some of his own making. The Labour Report is particularly problematic for him because he is one of the MPs who took part in the 2016 coup to topple Corbyn. The participation of senior members of staff who were also involved in that coup is detailed in the report.

Starmer took part in the coordinated series of resignations in June 2016 in an attempt to usurp the leader of Her Majesty’s Opposition. It is difficult to see how he could be an honest broker ultimately overseeing the review of a report in which his fellow plotters are being investigated.

Party funding has also become an issue. Labour accounts were in good order when Corbyn was leader thanks in large part to party membership which saw a substantial increase during Corbyn’s stewardship. Under the leadership of Keir Starmer, the party is currently haemorrhaging an average of 2,000 members a week.

Losing members at such a high rate means the party needs to raise large amounts of money quickly. This urgent need for cash poses several risks to Labour and potentially opens the party up to allegations that large donations influence policy and decision-making. The member/union-funded model worked very well for five years and the party enjoyed record annual incomes under Corbyn. It could be argued all parties should be funded by members in order to prevent corruption by corporations and large donors.

What is Starmer’s strategy?

Starmer’s strategy is now impacting with political reality. His position is not helped by the fact that in his relatively brief political career Starmer has made several critical mistakes.

The first was taking part in the 2016 coup to topple Corbyn. By following the crowd he proved he is a follower and not a leader. He took part in an undemocratic and unconstitutional attempt to usurp the office of the Leader of the Opposition, displaying disloyalty and utter contempt for the members who voted for Mr Corbyn to lead the party.

His third mistake was not securing the Labour base. His priority was courting disaffected Tory voters. He seems to take the view of “where will the left go?” The Democrats had the same attitude about their voters and that complacency led to the election of Donald Trump. The question is whether his strategy of dragging the party right will lose more voters than it gains. It is a high-risk strategy, especially considering Labour lost a total of 4 million votes in 2001 and 2005 when Blair dragged the party right.

The whole strategy seems to be based around presenting Starmer as some type of presidential candidate and maintaining the status quo. If that is the strategy we are in trouble. Much is at stake so we must be brutally honest. Starmer is a dreadful speaker and campaigner, he is as wooden as a spoon. He can’t connect with people, that is the problem. He also has no fire in his belly. I don’t wish to be unkind but Starmer isn’t up to the job, he doesn’t have it in him, he doesn’t have the ‘right stuff’.

At a time of national crisis, Starmer and his team are not meeting the moment. We are in a national emergency. The Opposition should not only be scrutinising and opposing, it should be offering an alternative plan. Starmer should be stating his policies and his vision of how he would lead the country out of recession. His failure to present an alternative, his lack of leadership, suggest he and his team are not the right people to be leading Labour at this time.

For those who say that is too harsh an assessment, I present a final piece of evidence. This week Keir Starmer whipped Labour MPs to abstain on a Tory Bill which decriminalised torture. Torture is a crime against humanity. The decision to abstain was wrong. As Harold Wilson said, the Labour party is a moral crusade or it is nothing. Abstaining on the Bill was immoral.

It is my conclusion that Keir Starmer is neither capable nor fit to lead the Labour party.

If Labour wants to win the next general election, whenever that may be, we must prioritise replacing Keir Starmer. I am a clause one socialist, that means my sole objective is to campaign for Labour to win power. We cannot win with Starmer, we have no choice but to replace him.