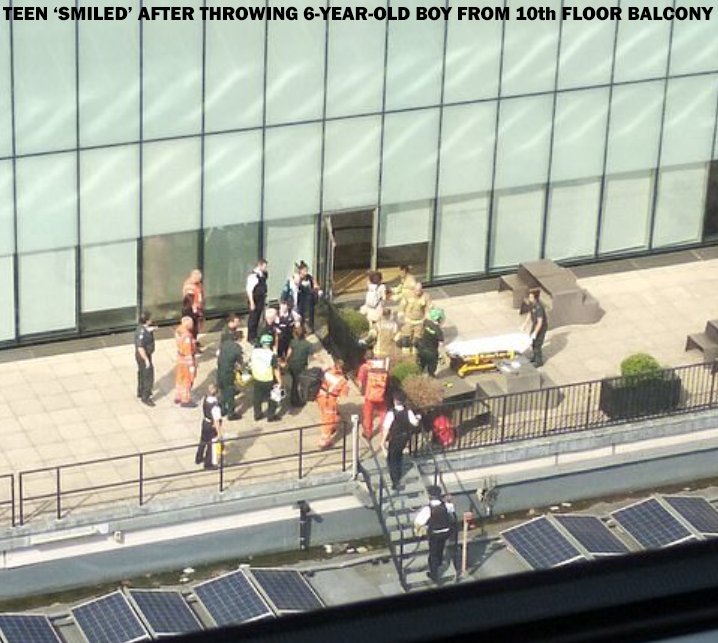 17 Year old Jonty Bravery searched Tate modern for what he thought was ‘the most vulnerable child’ in the gallery, before scooping him up, then without hesitation, carried him to a 10th-floor balcony; and throwing him off, crashing to the ground.

The Old Baily heard that Bravery, now 18 “smiled and shrugged” after throwing the six-year-old from the balcony. The French boy survived but resides in a French hospital needing round-the-clock medical assistance following the attempted murder.

The boys family called the attack “unspeakable” and told the court how they “They thought there must have been a net but saw their son’s distorted body”.

Prosecutor Deanna Heer described the incident as “a whisper away from a murder”; going on to describe how Bravery had been planning to commit an offence, with his search history showing he had researched methods to kill people. Bravery had no previous criminal convictions although is said to have a record of being ‘abusive’ to careworkers.

Heer said Bravery had narrowed his victims down to “strangling a woman or a child, drowning a child or throwing someone off a tall building”; on that day, he chose to throw a small child from a balcony in what as a premeditated attack.

Bravery, who appeared via videolink from Broadmore Hospital, previously admitted to attempted murder and that he planned the incident in advance; He will be sentenced on Friday following psychiatric reports.