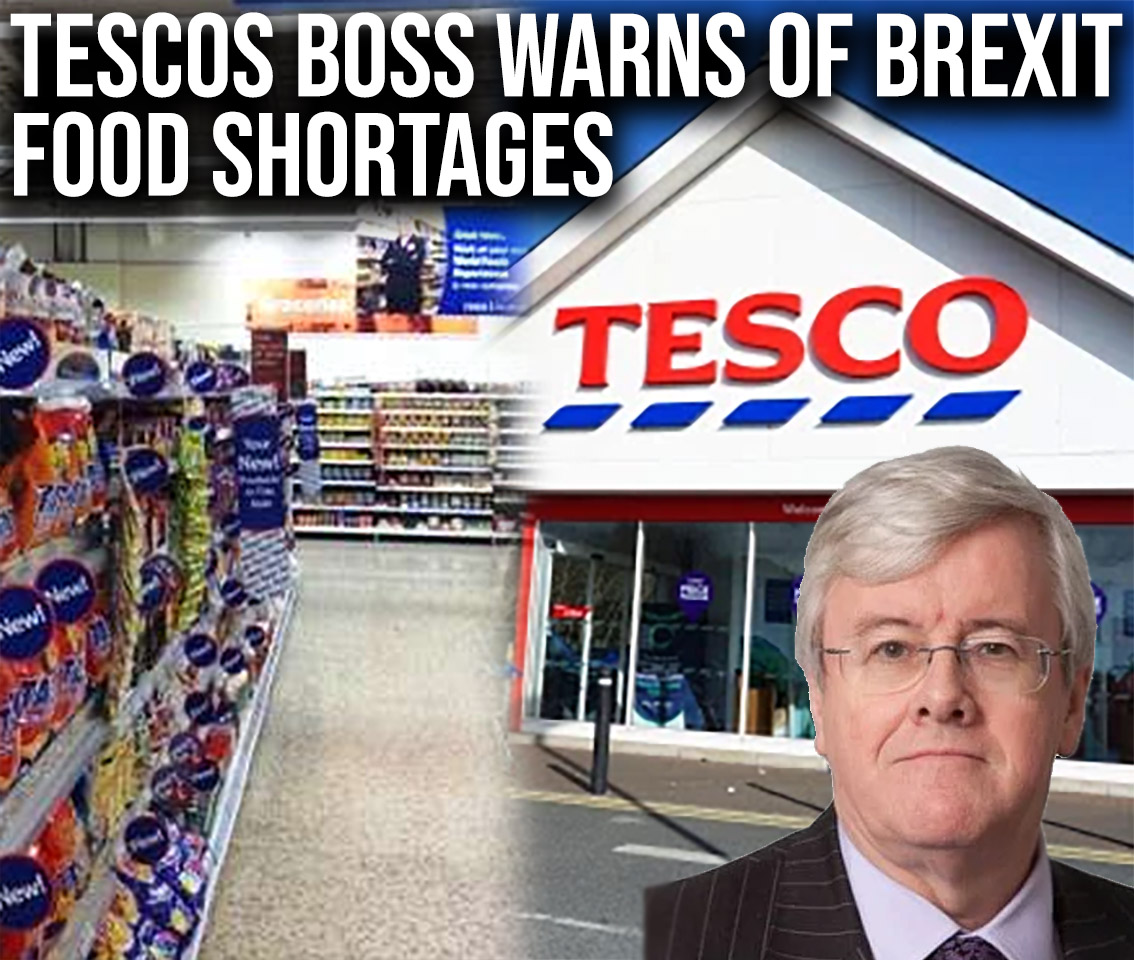 The UK leaves the EU on the 31st of December and while government have promised a ‘frictionless’ divorce, food suppliers are saying the UK could see months of food shortages.

Tesco’s chairman John Allan told ‘The Grocer‘ magazine that Brexit is going to lead to months of ‘fresh food shortages’. And while the supermarket boss is telling the public ‘there is no need to stockpile’; Although Allan said that there “maybe some things we have to learn to do without for a few weeks, possibly a few months after Brexit”.

As far back as 2018, supermarkets had been building food stocks ahead of previous no-deal Brexit deadlines which never materialised. However, warehouse space is low due to stockpiles of goods for the Christmas season and the second COVID-19 wave. John Allan said: “this Brexit is happening at the worst possible time of course for the food industry”.

The biggest risk faced by the UK food stocks is with the supply of fresh fruits, and vegetables. During the winter months, the majority of the UK’s fresh produce is imported from the EU.

A no-deal Brexit will likely see delays to products coming into the UK; which will wreak havoc for fresh food items, many of which have a short-shelflife. This could lead to a shortage of fresh fruit and veg for months post-Brexit.

Before COVID-19, a no-deal Brexit already looked like it would weaken the UK’s food stocks. Now, with Coronavirus and a potential third, and even fourth wave added to the mix, it is impossible to quantify how bad no deal could be for the UK’s food supplies.