The case against Keir Starmer – Damian from Brighton (Opinion) 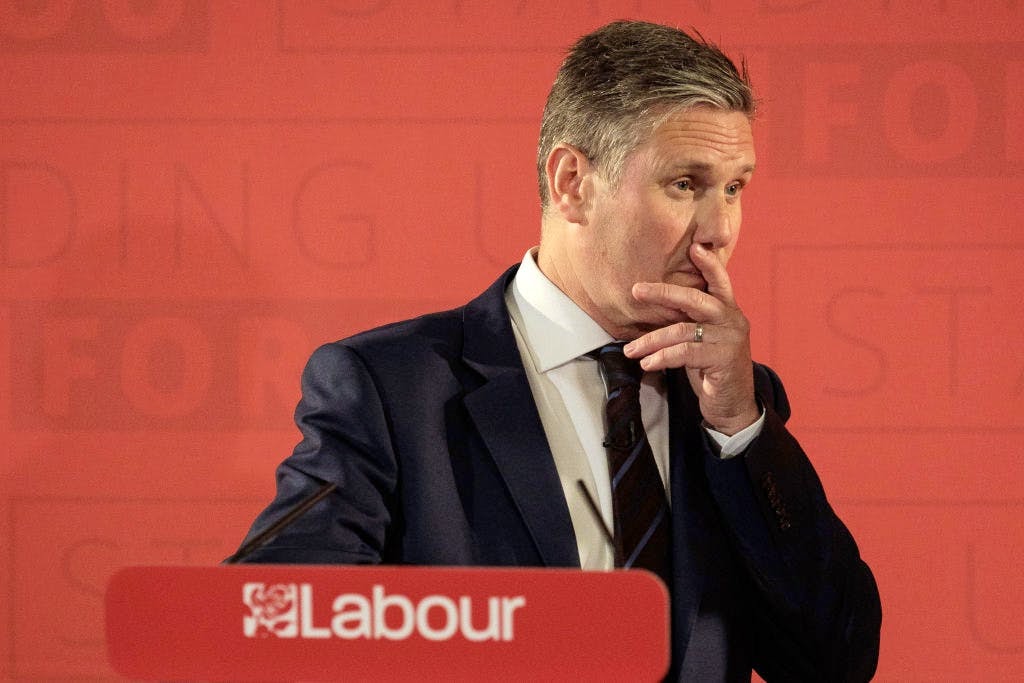 Today’s opinion piece is by ‘Damian from Brighton”. Damian is a political influencer who runs a popular and lively left-wing Twitter account with 11,000 followers.

The case against Keir Starmer regarding his mandate, electability and trustworthiness.

Keir Starmer was elected Labour leader on April 4th 2020. His supporters claim he has an overwhelming mandate, and are quick to cite his 56.2% vote share win as evidence of that, but the closer you look at the results the less credible that claim appears to be.

Starmer spent more money on his #KeirForLeader campaign than any candidate has ever spent on any internal election in Labour’s history. Despite that advantage, and despite campaigning for several months, he won just 35% of the eligible vote. More people did not vote (300k) than voted for him. Mass disengagement from such a crucial election is deeply concerning. We will have to wait six months or so for accurate membership numbers to find out how many people have left and joined since Starmer became leader.

The election results show that even with the backing of rich donors, the full support of the Labour right-wing and a friendly press, Starmer still struggles to reach outside his largely remain supporter bubble. To make matters worse, as the leadership hustings revealed to the public, Starmer is a pedestrian and uncharismatic performer.

It is worth briefly mentioning Starmer’s political backstory. He was one of the 172 Labour MPs who took part in the 2016 coup against Jeremy Corbyn. It is my understanding that under British law people are not allowed to benefit from criminal or immoral acts. Keir Starmer is the party leader as a direct result of the coup against Corbyn, a coup which Starmer took part in. I believe that calls into question the legitimacy of his leadership, if not on legal grounds then certainly on moral ones.

On electability, Starmer tried to overturn the largest mandate in the history of our democracy.

He rendered himself permanently unelectable by trying to cheat the 17.4 million people and 65% of constituencies which voted to leave the EU.

Will those people vote for Labour while he is leader? If remain had won and Starmer was a Brexiteer and he had tried to overturn remain would those remainers vote for Starmer? No.

Judging by the polls, his strategy of shifting right and junking the type of policies that won 12.9m votes in the hope of winning over Tory voters, while also retaining Labour ones, is clearly not working. Hilary Clinton’s 2016 presidential campaign is a case study in what happens when politicians act as if it’s their turn and take their voters for granted. The centrist orthodoxy that voters have nowhere else to go led to Donald Trump becoming President. Starmer is repeating that mistake by taking Labour voters for granted.

Starmer is basically proposing Labour should form a coalition of voters ranging from socialists to right-wing Tories. When you write it down you can see how unfeasible and unstable that coalition would be. Not only is it too general an idea to be considered a strategy but by shifting right Starmer loses Labour votes and doesn’t win Tory ones.

He is leading Labour in completely the wrong direction.

The final part of the case against him concerns trust. I predict the Tories will campaign on the theme of trust at the next general election. They will say we told you we would get Brexit done and we did. Starmer said he would deliver Brexit but went back on his word. They will say government is a matter of trust and Starmer has proved he can’t be trusted.

The problem is, it is all true. Remainers who refused to respect the referendum foolishly cast Boris Johnson as the defender of democracy. Starmer was the driving force behind holding a second referendum with remain on the ballot. That policy handed 52 Labour leave seats to the Tories and lost Labour the 2019 general election. Starmer is closely associated with remain and with Labour breaking its word on Brexit and the Tories will not let people forget about it, you can be sure of that.

Trust is important between members and leaders of all organisations. Starmer didn’t disclose his donors to members until after they had voted and he has already reneged on commitments he made just four months ago. Is his word his bond? Is Starmer upfront and trustworthy? It is not looking very good so far, is it?

These considerations and others lead me to believe that Labour cannot win power with Keir Starmer as leader. Current polling supports that conclusion. Labour is behind the worst Tory government in living memory by up to 10 points in some polls. If he can’t get us ahead now, he never will.

Keir Starmer needs to be replaced for Labour to win power. We should be thinking about succession planning and talking about who would form the best leadership team to take Labour into the next general election and into government.

I want a Labour government.

Starmer is unelectable. That is the paradox which must be addressed and resolved by Labour members and supporters if we want the party to win the next general election.

Editor note: Over the last few weeks, we have has a wealth of articles which are scrutinising the leadership of Keir Starmer. If any supporters of Kier Starmer would like to have their opinion aired then our door is open! We are always looking for political influencers who want a platform to air their views. If you would like to submit something to Voice Britannia, please contact us at info@voicebritannia.co.uk.