Has the NEXT global pandemic been Discovered? Scientists in China find new Swine Flu strain that could trigger the next pandemic. 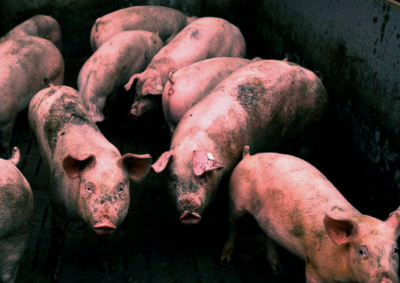 A new strain of Swine Flu, which has the potential to infect humans, has been discovered by scientists in China. Researchers are concerned that if the virus could mutate and spread easily from person to person, triggering a global outbreak.

The Chinese researchers have said that this new strain of Swine Flu, named ‘G4 EA H1N1’ may pose a risk to humans. Scientists said the virus has “all the hallmarks” of a being adapted to infect humans; posing a risk which needs close monitoring. Scientists fear the virus could mutate further and spread easily from person to person, triggering epidemics, and mass outbreaks.

The last ‘pandemic flu’ outbreak was 2009’s Swine Flu (H1N1) outbreak which saw 14,286 deaths and millions of suspected cases. However, because G4 EA H1N1 is a new virus people may have no immunity to the virus, unlike H1N1; which much older people immune to.

Scientists of the wrote Proceedings of the National Academy of Sciences have said plans must be in place to control any virus outbreak that occurs within groups of Pigs or farmworkers.