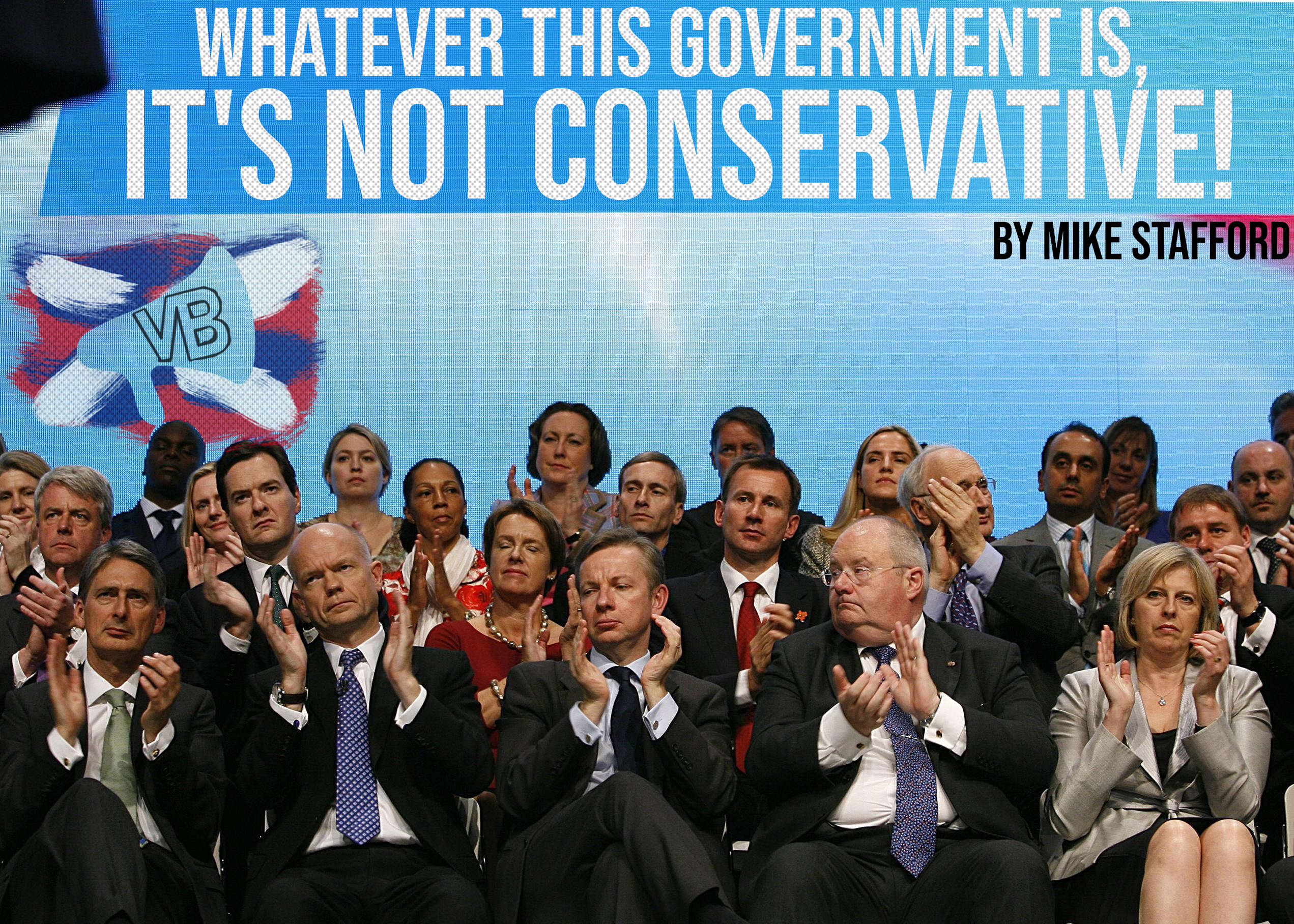 Casting an eye over the current Conservative administration, I am forced to consider how effectively it represents the core values of dyed-in-the-wool Conservatives.

The Conservative Party does not exist to make me happy. That’s fine by me.

I’m not aligned with traditionally Conservative values, and during times when the Conservative party is in office, I don’t expect legislation that is in line with my own political persuasions. The only demands I make of governments during these times is that they act with integrity and in the national interest.

However, casting an eye over the current Conservative administration, I am forced to consider how effectively it represents the core values of dyed-in-the-wool Conservatives. My sole living grandparent has been a Conservative voter for decades. Reaching adulthood during the second Churchill administration, during her long life she has obligingly visited polling booths in the so-called “red wall” to cast her franchise for figures like Harold Macmillan, Edward Heath, Margaret Thatcher and John Major.

The Conservative values she rightly cherishes are things like rule of law; The Union; sensible use of the public purse; scepticism of utopian projects; support for the British armed forces; resolute convictions, and belief in the family unit as the central building block of a healthy nation.

Which of these values does the current “Conservative” party stand up for? How does it honour the pragmatism of Macmillan or the conviction of Thatcher? The answer is short, and simple – it doesn’t. Let’s consider our list.

The rule of law

Respect for the rule of law is of paramount importance to the natural conservative. Sadly though, the cluster of charlatans currently wearing the Conservative party’s clothes are uninterested in honouring that particular value.

Where Margaret Thatcher was Iron in her support for the police, Johnson’s pretenders glibly talk about breaking the law “in a limited and specific way.”

The natural conservative fiercely defends the public purse, believing in a nation running its finances sensibly and sustainably. Cameron and Osborne, for all their faults, ran an administration predicated on bringing down the deficit. To an extent, this kept alive the Thatcher legacy, seeing the nation’s finances as needing to be run like those of a small greengrocer.

Fast forward to today, and the Cabinet Room where she once ruled is now occupied by a government using the public purse as something its friends can dip into under the cover of a national crisis.

Historically, conservatives have also understood the value of the Union; the four home nations together as one United Kingdom. In this case, it’s actually embedded within their name, the Conservative and Unionist Party. John Major worked tirelessly towards peace in Northern Ireland, and though neither Scotland nor Wales has traditionally rewarded conservative loyalty with much electoral assistance, Conservative administrations of the past believed in the sanctity of the United Kingdom.

What of those currently wearing the clothes of the Conservative party? Well, the figures currently skulking in the halls that ‘Supermac’ once strode down are far more cavalier. Support for Scottish independence has rocketed, and the Unionists of the DUP watched helplessly as a nominally Conservative prime minister threw up a customs boundary between them and the mainland.

Support for the British armed forces is also a cause close to the heart of the conservative. For the conservative, the British armed forces are the thin red line that protects the freedoms and democracy we cherish. It was precisely this sentiment that the Iron Lady invoked upon the death of her dear friend and colleague Airey Neave, killed by Irish republicans shortly before her election victory in 1979. Thatcher praised Neave as one of “freedom’s true warriors.” What of the man currently residing in her old Downing Street address? Well, the current “conservative” Prime Minister recently elevated unrepentant IRA apologist Claire Fox to the House of Lords.

Finally, one of the most deeply held convictions of the natural conservative is that a strong family unit is critical to a good and healthy life. This is a drum the party has beaten through the era of Theresa and Philip, David and Samantha, John and Norma, Margaret and Dennis, Harold and Lady Dorothy (a wildly imperfect union, nevertheless held together by tradition). Scandals may have plagued the back-benches, but the sense that these were deviations from acceptable norms has never gone away.

It hardly needs saying that the man who now sleeps in Ted Heath’s former home is a walking sex scandal. Declining even to speak the number of his children, and so unconvinced of the importance of family that he pressed his wife of 25 years for divorce even during her cancer treatment, Johnson’s family values are scarcely any better than Donald Trump’s. Trump, for all his fornication and adultery, is at least married to his first lady.

Who, or what have todays Tories become?

What name, then, should we give to the party currently wearing the royal blue rosette of the Conservative and Unionist Party? How can we reconcile the values of traditional conservatives with the actions of the arsonists trading under their name? Whatever this current crop of miscreants and malcontents is, it’s not conservative.

On a daily basis, it insults the convictions of the men and women who’ve led it before; it sees Disraeli’s ‘One Nation’ and adds a customs border down the middle of it. Churchill frankly offered ‘blood, toil, tears and sweat;’ but this mob builds car parks in Kent while pretending that it’s a wonderful idea. Macmillan legitimately said we’ve never had it so good, while these chancers gaze at 40,000 dead British citizens and proclaim it “apparent success.” Heath offered a robust grasp of detail, Johnson can’t even remember his own rules.

The irreducible convictions of Thatcher left her canonised as “the Iron Lady’” her latest successor wrote articles for and against the policy that made his career. Major helped usher in peace in Northern Ireland; the party he led now puts it at risk.

The leader of the current “Conservative” party may put a smile on faces (not least his own), but he’s a Trumpian aberration. He has taken the party of Peel, Disraeli and Balfour and turned it into something at odds with its founding principles. Whatever this current government is, it isn’t Conservative.