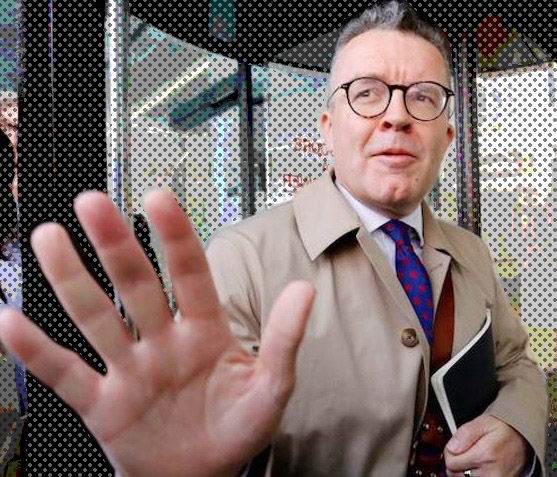 Today, ‘Damian from Brighton’ returns to Voice Britannia with a look at how activists used the power of social media to hold Labour’s Tom Watson to account, chipping away until he finally fell.

This is a story about the downfall of Tom Watson. I will briefly provide some background before revealing the part I played.

The day after Labour’s 2015 general election defeat Tom Watson put himself forward to be the new deputy leader of the party. He was the first candidate to declare. He was very quick out of the gate.

In his prospectus, he promised to support the leader “100%”. On that basis, I voted for him. I was cheated out of my vote, Watson had run on a false prospectus. He spent the next four and a half years undermining and sabotaging Jeremy Corbyn at every twist and every turn. At the height of the 2016 coup, he openly called for the resignation of the party leader.

Labour members watched in disbelief as Blairites and right-wing MPs led by Tom Watson openly and defiantly sabotaged the party’s leadership and attacked the membership. The saboteurs staged a coordinated series of resignations in an attempt to topple the elected leader of Her Majesty’s Opposition. By doing so they not only committed an act of betrayal against the Party but also an act of treachery against the Crown.

When that unconstitutional attempt to usurp the Labour leader failed they tried another, calling for a vote of no confidence in Corbyn. Despite Corbyn being elected leader just nine months before with an overwhelming mandate of 59.9% of the vote, 172 MPs refused to respect his authority as leader. Specific details of the plotting that took place during this period between MPs and senior staff members were recently revealed in the Labour Report. Watson is named in that report as being the person who would be interim leader if Corbyn was toppled.

When the Blairites/Labour right-wing launched their coup against Corbyn in 2016, ten thousand of us gathered in Parliament Square to show our support for Jeremy. Corbyn was challenged for the leadership by Angela Eagle (the brick that never was), whose campaign rapidly fizzled out and who was replaced by Owen Smith. Corbyn won a landslide victory against Smith, winning 61.8% of the vote.

The fact that the plotters, including Keir Starmer, backed Owen Smith, a former lobbyist for Big Pharma, tells you everything you need to know about the values, principles and priorities of the Labour right-wing and the current leader of the party. What else do you need to know?

Despite being constantly undermined by the right-wing of the party, in 2017 Corbyn delivered a manifesto full of popular and costed policies and led an excellent campaign. However, the sabotage of the party by Watson’s faction had badly damaged Labour’s polling. Before the June 2016 coup, Labour polled at 34% (Ipsos-MORI), neck and neck with the Tories. The persistent acts of sabotage by Watson and his fellow plotters achieved the desired effect. By April 2017 Labour’s polling had collapsed to 23% (YouGov).

One would have hoped that, even at this late stage, Watson, Starmer, Blair and the others would have accepted Corbyn’s authority and worked with him to get Labour into power. They did the exact opposite, they redoubled their efforts to topple him. The Blairites finally fell upon the people’s vote campaign and used it as a weapon to drive a wedge between Corbyn and members. Blair, Mandelson, Watson and Starmer forced Labour to adopt a second referendum policy which defied the wishes of the 65% of constituencies which voted to leave the EU.

As the UK is a majoritarian parliamentary democracy it was always obvious that defying a two third constituency majority would guarantee defeat for Labour at any subsequent general election. Peter Mandelson said he did something every day to undermine Jeremy Corbyn. Mandelson was one of the people leading the people’s vote campaign. That is what he was doing every day to undermine Corbyn.

So, what part did I play in the downfall of Tom Watson?

On August 4th 2018, Tom Watson was, yet again, vigorously briefing against Labour and attacking the party leader. I decided to take action. With a little help from my friends, I organised the #ResignWatson twitterstorm, from idea to launch in just over 17 hours. People were invited to give their reasons why they thought Tom Watson should resign.

The hashtag trended number one worldwide and number one in the UK soon after launching on 5th August. 12,195 unique twitter accounts sent 30,000 tweets in the first hour, most of them expressing deep dissatisfaction with Watson. The general consensus was that he constantly undermined the leader and should be replaced with a deputy who would support Corbyn in order to enhance Labour’s unity and electability.

The next day, on August 6th, Tom Watson responded to the calls for his resignation and it was headline news.

That storm was followed by another in June 2019. #SackTomWatson was a response to Watson saying Labour was a remain party when that was not, in fact, Labour policy. It trended at number 2 UK. People who took part said they thought Watson was ill-disciplined, destructive and divisive. Others predicted that defying the 65% of constituencies which voted leave would inevitably drive those voters into the arms of the Tories at the next election. Unfortunately, that prediction proved to be true.

On 6th November 2019, Tom Watson announced he was going to resign as Labour deputy leader and would leave office on 12th December.

I am not suggesting the storms directly influenced Watson’s resignation, but the repeated public demands for his resignation will certainly not have helped. It is even possible they accelerated his departure.