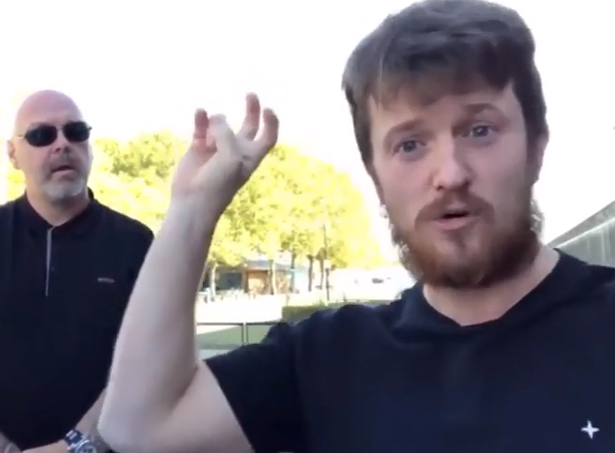 Far-Right groups have responded to Tommy Robinson’s recent video by calling on teams to meet in London this weekend.

In his recent angry video, Robinson attacked Black Lives Matter protestors, police, ANTIFA and the Labour party; angry at what he saw at the weekend’s protests. Robinson was furious at vandalization of the Winston Churchill statue in Parliament Square.

He went on to berate police alleging they refused to use force or arrest BLM protestors. Robinson spoke about violence against police officers, claiming 27 officers were injured. However, Met police reported only 14 officers were hurt at Saturday’s protests.

Robinson, real name is ‘Stephen Yaxley-Lennon, told supporters to “meet him in London” next Saturday; The influencer plans on counter-protesting next weekends Black Lives Matter protest.

In a worrying escalation, “Democratic Football Lads Alliance” has called on its ‘teams’ to travel to London on Saturday. The DFLA is a collection of football team supporter groups with far-right political views. The DFLA has faced criticism from the Premier League in the past warnings to clubs on the group’s anti-Islam agenda.

Chatter within the DFLA page, which has nearly 20,000 followers; indicated that members of the group have been attending the BLM protests to ‘protect statues’; with more indicating they will defend on London to “sort the mess out”.

In an official statement, the DFLA indicate that they support people of all races (not religions). However, they state they do not support “wilful destruction” of “war memorials”.

The weekends call to protest by the DFLA will not be the first time they have taken to the streets. In March 2016, the group took part in a “day of action”. The day of protest at Westminster coincided with the end of Nigel Farage’s ‘march to leave’ and concluded with 5 arrests.

Sky News is reporting that a group of people have arrived at Parliament Square to guard the statues; However, the group were interviewed and claim their aim is to “protect our morals”. The men say they have no issues with the anti-racism protests, although disturbances have been reported.

UPDATE : VB has spoke with the DFLA. They tell us they only intend on guarding statues and monuments. they stated they are not there to support Tommy Robinson or any other group.