Smears, abuse and attacks – The Traducement of Jeremy Corbyn – #SwindonOnSunday 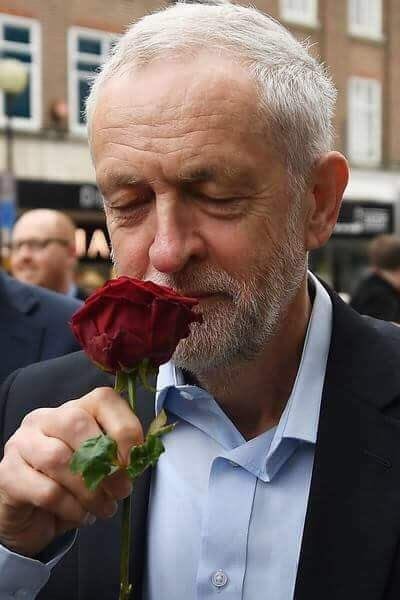 Today marks the end of the 2020 summer political term; however, the term has ended the same way it did in 2019, with much of news media and Labour’s right attacking Jeremy Corbyn. In Voice Britannia’s goodbye to the term, Rachael Swindon looks back over the last few years and talks about the Traducement of Jeremy Corbyn.

A lot has been said about Jeremy Corbyn since he first announced he planned to run for the leadership of the Labour Party, back in 2015. Much of it was untrue. Quite literally made up to smear a decent and principled man.

There were many reasons the establishment didn’t want him getting anywhere near power. For example, a huge rebalancing of wealth didn’t sit well with the 150 billionaires living in the UK. A peace-first foreign policy just didn’t cut it for a country that has spent the last few centuries invading and pillaging their way across the globe.

Corbyn was a threat. Be in no doubt.

Corbyn won the Labour leadership in 2015, by a country mile. Labour MPs were plotting to remove him from the job long before he won. One Labour MP told me he would be gone by Christmas 2015.

What followed over the next 5 years isn’t well documented. The Labour Leaks report revealed just a tiny fraction of what was *really* going on. The party machinery threw everything at us. Lies, smears, sabotage – they did it all.

The party machinery discussed “hanging and burning” Corbyn, while those MPs who nominated him should be “taken out and shot.” And, apparently, “death by fire is too kind for Loto” – (Leader of the Opposition). But it was easier to call us “trots, dogs, and rabble” than reflect on their own disgusting behaviour.

I believe you will hear more about those tumultuous five years over time. The leaked report was just a taster of what was happening, day in, day out.

Now let me be clear here. I encountered 2-3 cases of blatantly intentional anti-Semitism, online, from Labour supporters. I called it out. Anti-Semitism exists, as does Islamophobia, as does what the BBC call “anti-black racism”. A denial of its existence is turning a blind eye to it. Nobody should be attacked for their faith, the colour of their skin, their sexuality, hell, they can pray to Katie Hopkins for all I care.

People will make mistakes, it’s human nature to do so. It’s how we learn from those mistakes that guide us for the future. Education is key.

Now let me be equally clear. Many vexatious, entirely false and downright malicious claims of racism were made against decent Labour Party members. Most of us know someone who has been falsely accused of one form of racism or another. While taking in to account what I have already said, the weaponisation of alleged antisemitic behaviour was rife.

Imagine being a committed campaigner against racism for the past five decades, only to be told you’re a “Fucking racist and antisemite”. Oddly enough, the same accuser said the exact opposite of Mr Corbyn just weeks before her embarrassing meltdown. Personally, I would’ve been incredibly offended, but Jeremy being Jeremy, he would take it on the chin.

Jeremy wouldn’t get in the gutter. He truly believes in ‘kinder, gentler politics’, it’s just a shame the rest of the political bubble believe in dishonest, nasty politics. Looking back, he needed to get in the gutter and tackle the smears head-on. We were making apologies for things we had no control over, and our opponents within the party saw this as a sign of weakness.

The plotters in the Labour party would regularly work hand-in-hand with the right-wing media. If I had a Pound for every “a senior Labour source told us” – that was literally made up nonsense designed to smear Mr Corbyn – I’d buy us all a personalised face-mask, diamond-encrusted.

All Labour leaders get hammered in the press, unless the leader is willing to open up the party to the establishment and the media moguls. This is no secret. And that was what so many people adored about Jeremy. He simply wasn’t for sale, and still isn’t now.

Here’s something interesting. In 2016/17, a House of Commons Home Affairs Committee found no evidence to suggest there was a higher prevalence of antisemitic attitudes within the Labour Party than any other political party.

So what happened in 2017 that suddenly changed things?

We gave the establishment one hell of a fright during the 2017 General Election campaign. Our ability to mobilise thousands of people at a moments notice was unique, they hadn’t seen anything like it before. And we came close. Just a handful of votes across a number of constituencies was the difference between winning and losing.

And this was down to one man and his vision. A vision of a better, more equal society, for the many, not the few.

The Labour Leaks revealed what a staggering achievement it was, considering we had the full weight of the media, the Tory smear machine, the ultra/remain FBPE, and most of a hostile Parliamentary Labour Party to contend with.

There was no way they were ever going to let us get that close again. Corbyn and the movement put the fear of God into them. They got a peek behind the iron curtain of neoliberalism – it threatened everything they stand for.

The recognition of the Palestinian state?

I could link all sorts of smears to this article, telling you Jeremy Corbyn will tax your garden, sell your grannies house, replace the BBC with Iranian Press TV, supported the IRA, blah blah blah. But I’m not giving bullshit the luxury of oxygen.

2017 was peaceful for a while. But the same plotters kept plotting, lead by the man that promised to serve Jeremy faithfully as his newly-elected deputy leader.

The following 2 years were brutal. Jeremy was taking punch after punch, but not throwing any back. His incredible team, including chief of staff, Karie Murphy, formed a ring of fire around him. They fought day and night to defend Jeremy and the whole movement. The things I’ve read about some of his staff have been hideous, and entirely untrue.

Do not believe everything you read in the papers.

This is an incredible insight from former Labour MP Laura Smith – and an absolute roasting of the former party machinery.

“The near-total silence on this report from many Labour politicians is hard to stomach. Whether or not you supported Corbyn for leader or not: Call out the racism. Call out the sexism. Call out the bullying and the blatantly hateful language. Otherwise, accept that it was always about kicking out anyone who supported the Corbyn project.”

So we lost the 2019 General Election. Lots of us were not shocked. We were up against a slogan – “Get Brexit Done”. Our Brexit position was a shambles. Starmer knew exactly what he was doing. His Remain on the ballot unscripted kamikaze speech at Party conference was the day we lost the Red Wall and the trust of millions of voters that believed we would also get Brexit done.

Now I’m a Remainer, and I still believe our exit from the worlds largest trade bloc, during a time of global economic bedlam, is unbelievably naive, and incredibly dangerous. But promoting the message of Remain when the mood of the electorate was so clearly different was an absolute disaster.

Again, Corbyn and Murphy fought against this. Other senior MPs such as Ian Lavery and Jon Trickett also fought the Remain insurgency at Shadow Cabinet. They warned us all what would happen, publicly, and they were absolutely correct.

And then there was Mr Corbyn himself. I won’t pretend he wasn’t toxic on many doorsteps – he was. But there was a good reason for this. If you throw enough shit at someone, eventually it will stick. The lines you heard about Mr Corbyn on the doorstep were no different from the propaganda being pumped out through the media.

A decent, caring, and kind man had been presented as the cause of every problem you’ve ever had. People queuing up at Foodbanks still gave Johnson their vote, because they have been told Corbyn would make them poorer. The cause of the problem, successfully blaming the solution to the problem, takes a high degree of skill.

Anyway, we lost. Once Jeremy stepped down at least he could spend a bit more time doing the things he enjoys. Time with his family, volunteering, gardening, bike rides. He deserved it after 5 years that would break most of us in half.

But Sir Keir Starmer wouldn’t have it.

We are at the end of a week where we have seen the redacted Russia Report proves the Tories do not care about foreign influence in our democracy. A week where nurses and carers have been told they’re not worth a decent pay rise, they’ve had their claps, after all. This has been a week where the Tories have ensured your NHS will not be protected in any future trade deals with the US. Not a good week for Boris Johnson.

And what does Starmer do to capitalise on Johnson’s misery? Pick a fight, that he will not win, with Jeremy Corbyn. Whenever the Tories are down in the dumps, their knight of the realm in shining armour comes galloping to their rescue.

Why isn’t Starmer 20 points ahead of the most sickening, inept, negligent government in living memory? They promised us we would be 20 points ahead, yet they are 10 points behind. Why aren’t they demanding Starmer go?

Because it’s easier to smear and besmirch a peace-loving, marrow-growing pensioner, that’s why. Deflect your weaknesses and hope nobody notices.

A Legal Fees Fund has been set up, the last time I checked it was well over six figures. There’s a lot of love and support for Jeremy Corbyn. He got millions of people daring to dream of a better world, and the dream doesn’t just disappear. Jeremy merely lit the candle, it’s down to all of us to keep it burning.

The smears seem endless. The viciousness is quite something. Even Mr Corbyn’s wife, Laura Alvarez, took to Twitter to defend her husband and thank his supporters.

We are Corbyn, now as much as ever, and when we get our shit together, there is no greater force for hope. Leaders will come and go, but socialism will stay put.

The higher you build your barriers, the taller we become, Sir Keir.

EDITOR NOTE: Rachael is one of a group of volunteer writers who are have helped Voice Britannia take its first huge step into the Media world! If you like what you see, consider donating to Rachael’s cause! In the future VB will be introducing ways to help support the site; until then CLICK HERE to help a solid writer out!