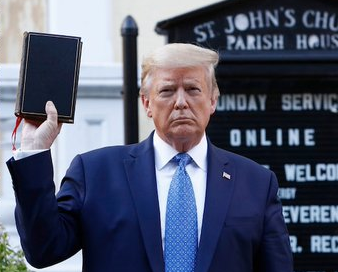 Twitter issued a statement clarifies why they took the steps they did. In Trumps tweet, he made the bizzarre claim that mailboxes were not ‘COVID sanitized’ in attempts to dissuade people from voting in the upcoming US election.

This idiotic statement by Trump is the most recent in his unhinged attacks against the US Postal service in what seems to be his quest to stop people voting in the upcoming US presidential election.

Twitter is 100% right. Trump is trying to block democracy, something which should NEVER be tolerated.