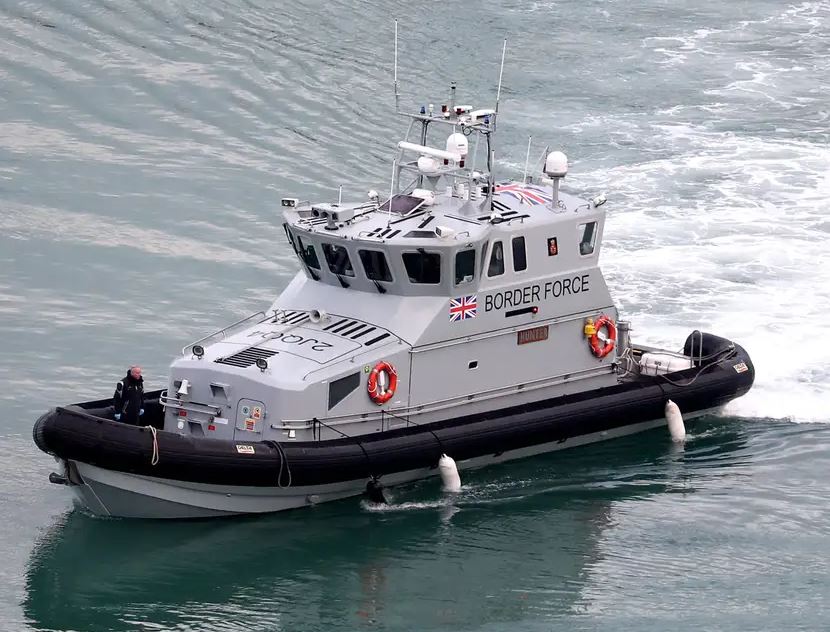 Ukrainian nationals Denys Khvatkov, and Bohdan Lutskyi, appeared at Norwich Magistrates Court on Monday (3rd August) and were charged with ‘facilitating a breach of the UK’s immigration laws’. Both men were remanded in custody and will appear at Ipswich court on the 1st September.

The men were arrested on Friday 31st July after a Border Force cutter had targeted the yacht while it sailed from the Netherlands towards the east coast. Following the boat mooring at Southwold Harbour that evening; Border Force officials boarded the yacht and found 4 people on board; Khvatkov, Lutskyi and 2 Albanians who had no rights to enter the UK at that time.

The Minister for Immigration Compliance and the Courts, Chris Philp said: “We will not tolerate ruthless criminals looking to break the law by smuggling people into the UK illegally.

“Working together with partners at home and abroad, Border Force and Immigration Enforcement are determined to disrupt and dismantle organised immigration crime networks. Those who profit from the misery of others will be brought to justice”.