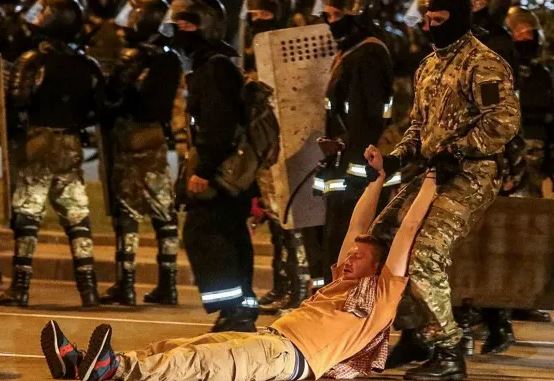 The UK Government has issued a stern warning to the ‘Government of Belarus’ to ‘refrain from further acts of violence’ as the protests continue following the ‘seriously flawed Presidential elections’ in Belarus yesterday.

Belarus President Alexander Lukashenko claimed to have won 80% of the vote; However many Belarusians have criticised the election, which they believe was not run fairly.

Foreign Office Minister James Duddridge said: “The UK calls on the Government of Belarus to refrain from further acts of violence following the seriously flawed Presidential elections. The violence and the attempts by Belarusian authorities to suppress protests are completely unacceptable.

“There has been a lack of transparency throughout the electoral process in addition to the imprisonment of opposition candidates, journalists and peaceful protestors. We are deeply concerned that Belarus’ failure to issue a timely invitation prevented the Organisation for Security and Co-operation in Europe and the Council of Europe from observing the electoral process. It is also unacceptable that British Embassy staff and other members of the diplomatic community were obstructed from carrying out their duties as fully accredited independent election observers.

“Throughout this election campaign we have witnessed the demands of the Belarusian people for democracy, for fundamental freedoms and for the right to determine their futures in an independent, sovereign Belarus. The UK, along with our international partners, calls on the Government of Belarus to fulfil its international commitments and the aspirations of its people.”

It is unsure what power the UK’s Foreign Office actually has in relation to how it could persuade Belarus and its government to ‘respect the fundamental human rights of the Belarusian people’.

The UK currently has sanctions imposed on trade with Belarus in relation to Arms, Equipment which might be used for internal repression, finance and on goods that may pass through the UK on its way to Belarus.