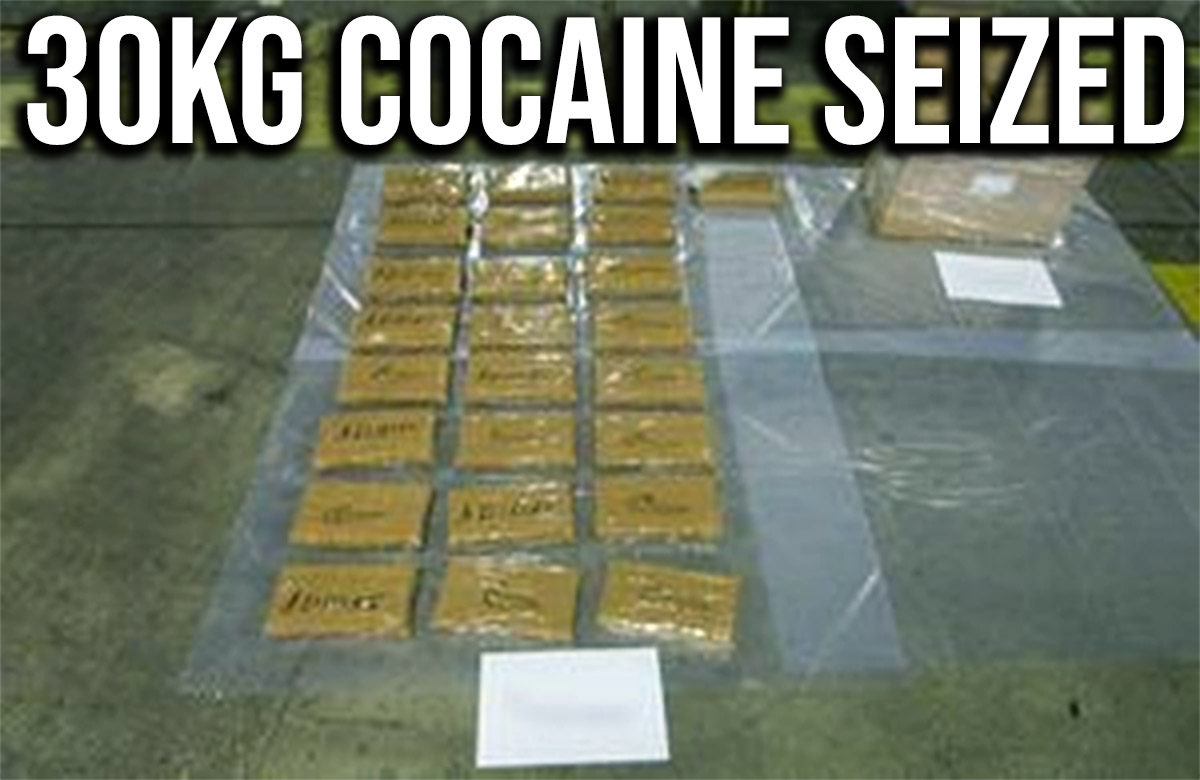 UK Border Force has seized Millions of pounds worth of Cocaine coming into the UK at Dover’s Eastern Docks last week. The drugs were found being smuggled into the country in a truck loaded with furniture.

Border Force made the 30 KILO’s haul when they stopped a Lithuanian registered lorry at Dover’s Eastern Docks last Sunday.

As officers searched the vehicle, they initially found 25 kgs of Cocaine hidden in a box amongst the furniture. Officers then found a further 5kgs in the driver’s cab. Border Force says drugs have a potential street value of around £2.5 million.

Lithuanian national Ernestas Urbonas (27) was charged with attempted importation of a Class A drug. He appeared at Maidstone Magistrates Court on the 13th and was remanded until his next appearance at Canterbury Crown Court (9th November).

Chris Philp, Minister for Immigration Compliance and the Courts, said:

Class A drugs like cocaine destroy lives. I’m very pleased this seizure has been made as it has prevented this lethal cargo from reaching our streets.

We are also grateful for the ongoing close cooperation we have with the Lithuanian authorities in tackling serious crime.