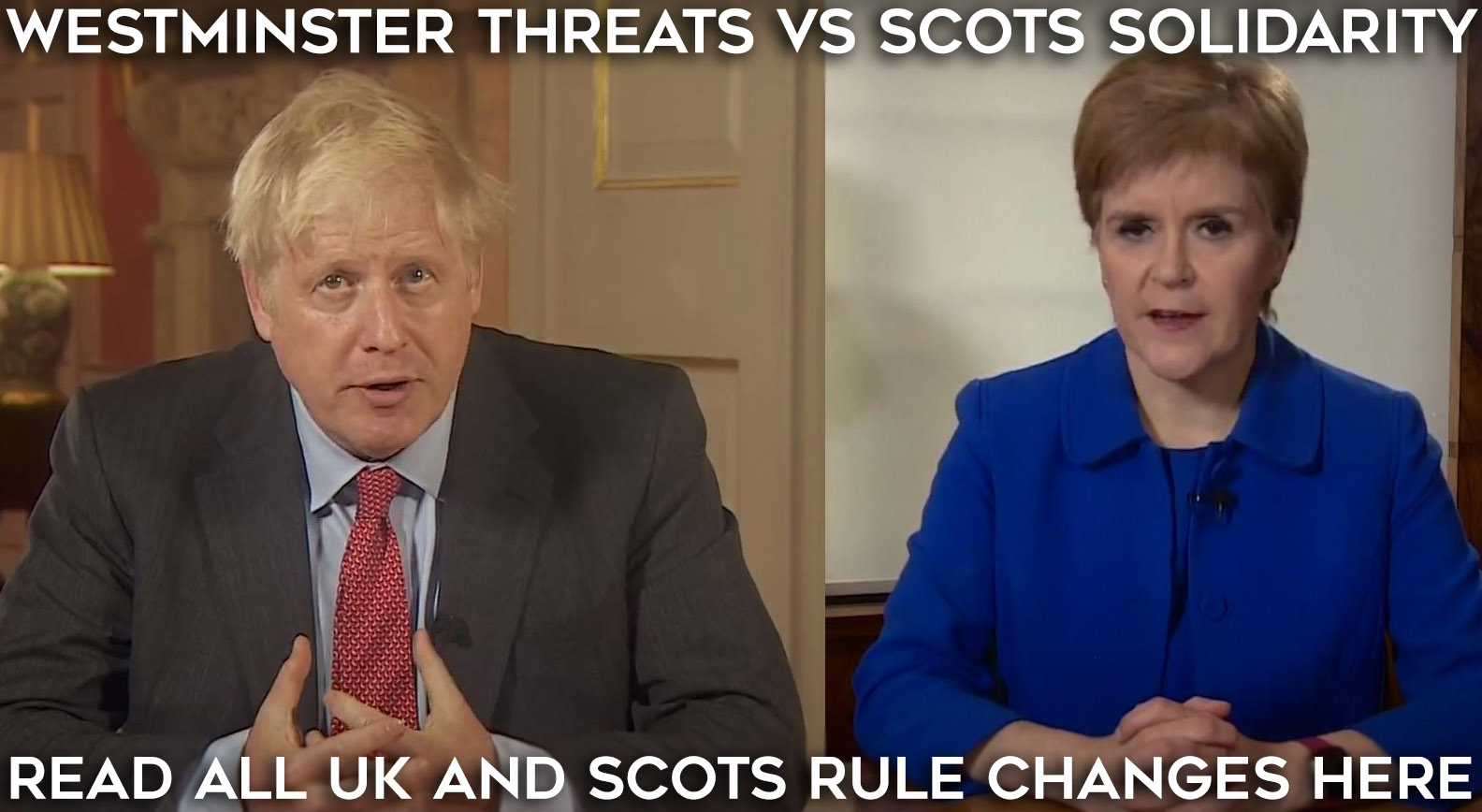 Prime Minister Boris Johnson met with devolved leaders today to create a roadmap through the second wave of Coronavirus.

It was thought the UK nations would take a ‘four nations’ approach; However, much like the first wave, the Scots government believe they must take a different path.

The Prime Minister was the first of the leaders to speak publically following this mornings COBRA (COBR) meeting with devolved leaders. Addressing the House of Commons, Prime Minister Johnson told ministers that swift and firm action now; but that it could last as long as 6 months.

Ironically telling ministers “A stitch in time saves nine”, the PM hoped that by acting now England can avoid the need for a full second lockdown.

From Thursday in England (Updated).

(To read all changes in detail visit source : Gov.uk)

A few hours later, Nicola Sturgeon made a heartfelt speech to the Scottish government; with the difference in tone speaking volumes. The adult was talking.

While Johnson attempted to take a Churchillian wartime tone, talking about attacks, weaponry and wars; Sturgeon took a much different approach.

The overall tone of Sturgeon’s speech was that of solidarity and frustration. while her words were direct and at time abrupt, they were fair and unlike Johnson, empathetic. The First Minister made a point of saying she will not be threatening people with fines or new laws.

On a slightly more optimistic note for Scots, Sturgeon was able to announce that unlike England she was not planning for six-months of further restrictions. Due to Scotland using stricter lockdown rules the first time around the nation is in a better position than England; Because of this, the First Minister said the stricter restrictions would be reviewed every three weeks.

Sturgeon has opted on short and sharp action, which has worked in the past; and something the Westminster government may have to adapt sooner rather than Lockdown.

From this weekend in Scotland …

(To read all changes in detail visit source : news.scot.gov)

Unlike her Westminster counterpart, the first minister made a point of stopping short at using fines to compel scots into obeying the rules.

This evening at 8PM, Boris Johnson will address the nation via a pre-recorded statement. This will be followed directly by a statement from Nicola Sturgeon on the Scotland will be taking. Follow Voice Britannia for updates.