Police Officer appears to hold a Black man on ground by neck leading to scuffle and 2 arrests in London : UPDATED 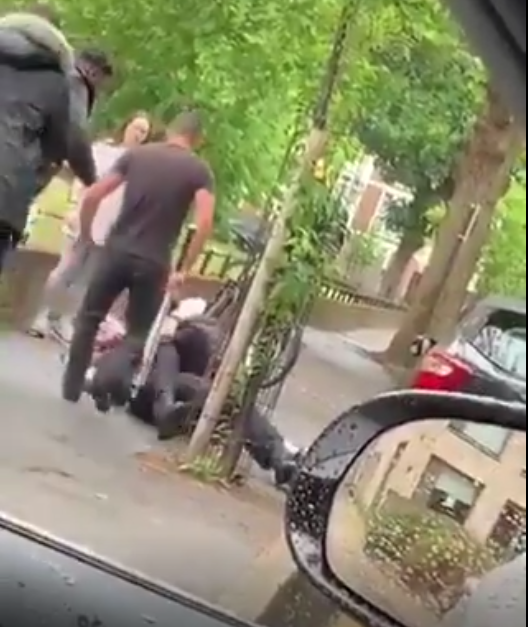 A police officer in London appeared to be seen holding a man on the ground by the neck, leading to scuffles yesterday. The ugly scenes follow more than a week of black Lives Matter protests in London. It is unclear what had triggered the incident.

The man, who was slammed to the ground by police was heard screaming “leave me the f*ck alone” as a group of men came to his aid.

Onlookers rushed to the man’s aid as the officer was holding him on the ground with an arm around his neck.

Four men, one brandishing a bat appeared to fight off the officer to help free the man.

As the scene descended into anarchy, a second female police officer arrived; the officer fought off the groups to protect her colleague as onlookers filmed the incident.

With racial tensions running high globally, police will want to avoid creating scenes like this. Holding a black man on the ground, by the neck, is something which Police should be aiming to avoid.