YET another Government U-Turn predicted. Boris said to be changing his mind on Huawei 5G network. 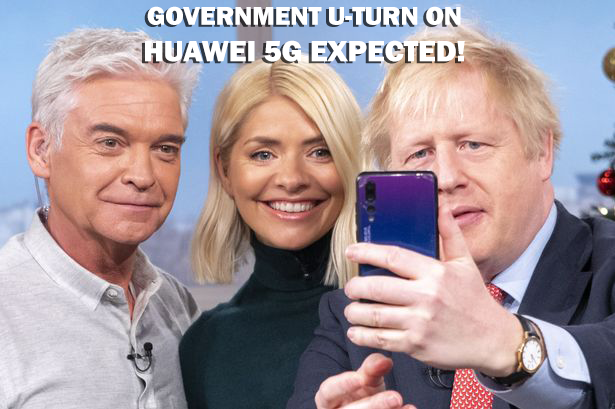 It is reported that Government is expected to pull hard on Boris’s hand-brake and force yet another embarrassing U-turn. Will this rebellion lead to a common’s defeat for The Prime Minister? Is this the end of 5G in the UK?

A report by Guido says that a large rebellion is growing in opposition to Huawei’s involvement in the UK’s future 5G Network. As many as ’68’ MP’s are said to be preparing to rebel against Government on the matter; Which would be enough to overturn the Government’s current (HUGE) majority.

It is believed the growing tensions between Hong Kong and China, and China’s breaching of the ‘Sino-British Joint Declaration, has eroded what trust British ministers had in the Chinese company.

The report concluded it is ‘unlikely’ the disagreement over Huawei’s involvement in 5G will lead to a full commons rebellion. It is more likely Boris will ‘step back’ from the deal as tensions between the UK and China grow.

What do you think about the Huawei 5G Deal? Do we need 5G in the UK, or should we avoid dealing with China at all costs?