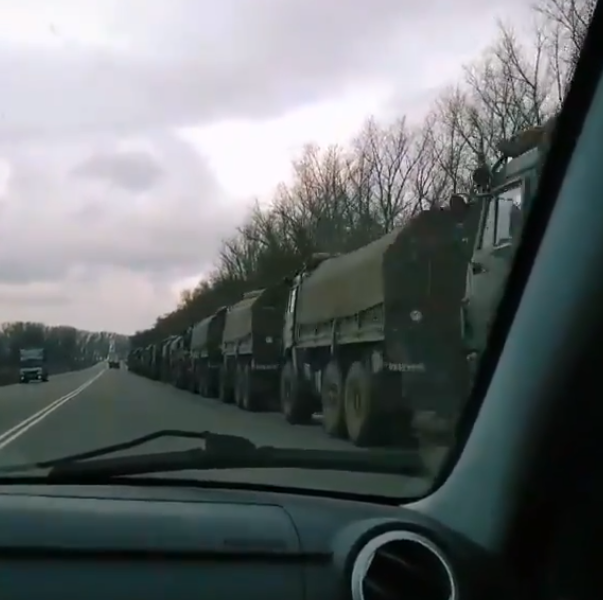 In recent weeks the Russian military has positioned a massive amount of troops and machinery close to Ukraine. The EU foreign policy chief Josep Borrel reported this week that Russia had massed over 150,000 troops in Crimea and the Russian borders with Ukraine. EU and Pentagon officials have warned of the risk of further escalation.

At the tail end of World War Two, much of Europe had been savaged by almost 5 years of war; Much of Northern Europe being annexed by Nazi Germany. On June 6th 1944, the allies launched ‘Operation Overlord’, 156,000 soldiers from the UK, USA, Canada, France and at least 5 other nations joined forces to liberate France (and then Europe) from the Nazi’s.

The point of this brief history lesson was to illustrate why such a large amount of troops was needed for the 1944 invasion. D-Day’s Operation Overlord wasn’t just a skirmish, the allies had to invade a country and destroy everything in their path, so they could eventually liberate that country, and in turn Europe, from tyranny. 150,000 soldiers are enough to invade and take over an entire country.

Russia has also mobilised a large fleet of battle and landing ships to the Black Sea and has announced they will close parts of the Black Sea to all but Russian military ships for at least six months, blockading access to Ukrainian ports on the Sea of Azov.

A ‘NOTAM’ (no-fly warning) was issued to aircraft to avoid flying over a large part of Crimea and the Black sea.

NATO spokeswoman Oana Lungescu said “This would be an unjustified move and part of a broader pattern of destabilizing behaviour by Russia” “We call on Russia to ensure free access to Ukrainian ports in the Sea of Azov and allow freedom of navigation.”

It was also reported that in the coming days a ‘large amphibious exercise’ will be taking place in Crimea which will involve Russia 810th Naval Infantry Brigade and a fleet of landing ships. Experts believe could be a dry-run for a full-scale ‘D-Day’ style sea and land-based invasion of Ukraine.

Russia has consistently claimed that the troop, machinery and ship movements are connected to large-scale military exercises in the Black Sea area; although many believe this is a dry run for a full-scale invasion.

Putin is thought to be announcing his intentions for Crimea / Ukraine and the Black Sea in a speech on the 21st of April. The world is waiting.

As the situation in Ukraine develops Follow the VB account on Twitter @voicebritannia – especially if you want to find out what is happening in the air around the Black Sea. (Flight tracking is one of my specialities!).

I am returning from a period of illness and will slowly get this sites news content back on track. Please bare with me and if there is anything you would like to see reported feel free to get in touch with me on Twitter.