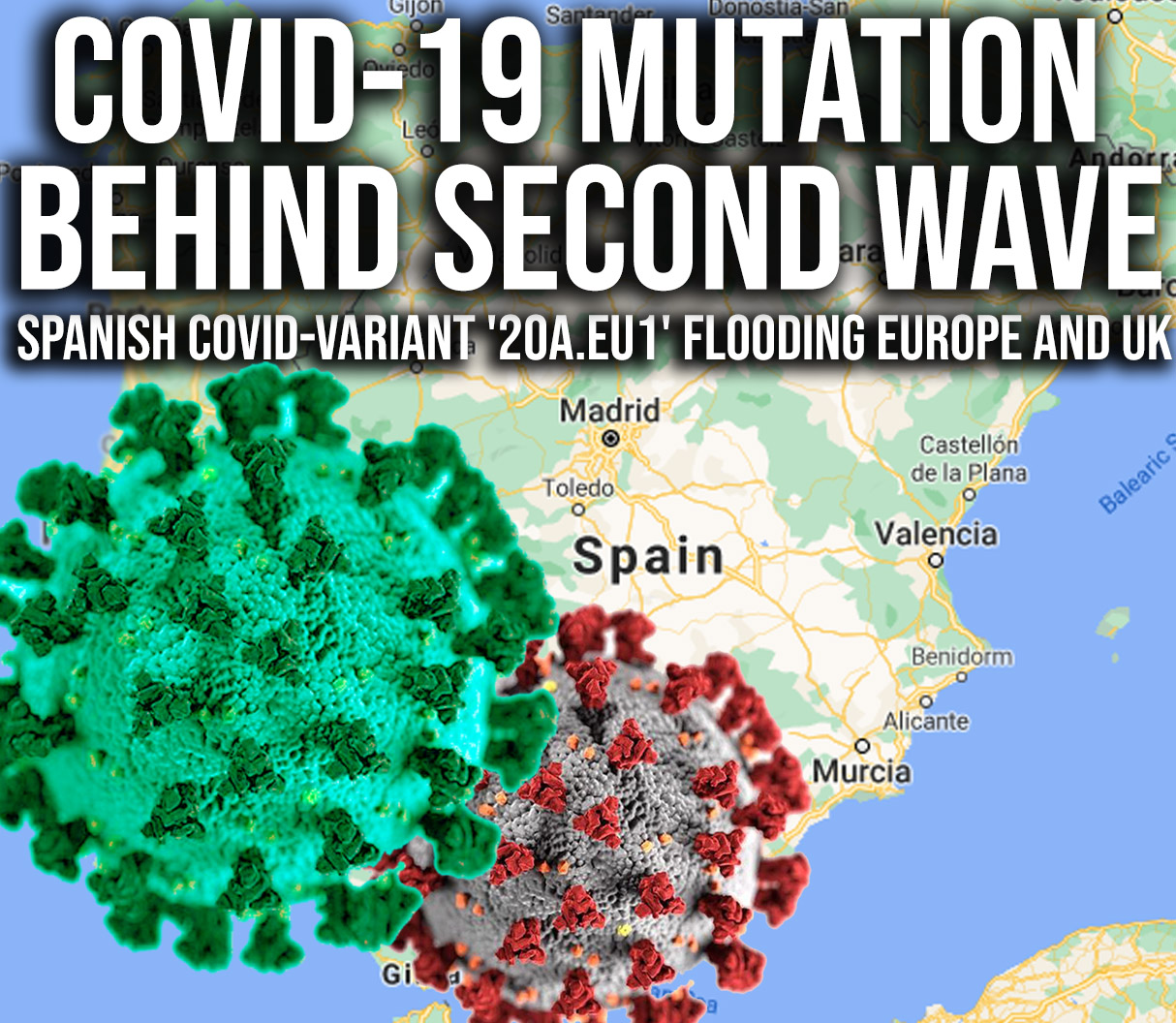 A report published today warns that a new variant (mutations) of the SARS-CoV-2 (COVID-19) virus is behind the second-wave which is pushing across the EU, and into the UK.

The SAR-Cov-2 variant ’20A.EU1′ is believed to have emerged in Spain at a low frequency during the Summer (June). Since its discovery, COVID-19 testing showed more than 40% of Spanish cases were of the 20A.EU1 mutation. Over the summer, instances of the new variant grew.

Outside of Spain cases quickly grew during the summer. By September, 70% of cases in ‘Switzerland, Ireland, and the United Kingdom’ were caused by the new COVID-mutation. Now 80% of UK COVID-19 cases are believed to be now caused by the 20A.EU1 mutation.

The 20A.EU1 variant is thought to be behind the second-wave which has seen France, Germany and much of Europe put back into a national lockdown.

It is unknown whether this new COVID-19 variant ’20A.EU1′ effects the victim in a different way to the first variants.

Could we have stopped 20A.EU1 entering the UK

Scientists said tourists travelling to Spain during the summer are most likely to blame for exporting the virus from Spain; although, scientists are unsure if the new variant is more contagious, or if the second wave was solely caused by tourism and people ignoring restrictions.

Questions NEED to be asked on whether Boris Johnson or his transport secretary Grant Shapps did enough to protect the UK’s borders from COVID-19. The fact of the matter is, there was A LOT more government could have done, like closing borders. For the second time in a year either political ignorance or government laziness has allowed a second COVID-19 variant onto the British ISLAND.

While the UK government spent its summer making sure holidaymakers could travel to mainland Europe, they were inadvertently helping a new COVID-19 variant into the UK.

If our government had any integrity Grant Shapps would be resigning as soon as possible.