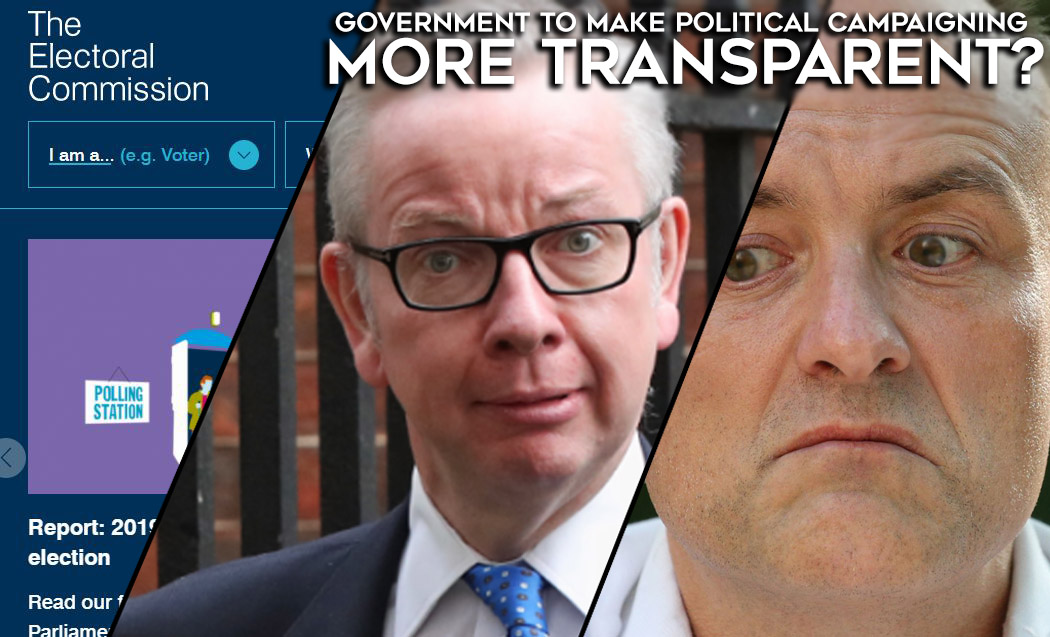 Government has announced the starts of a consultation exercise which will attempt to make online political campaigning more transparent. Micheal Gove’s Cabinet Office hopes to “strengthen trust in UK democracy”.

Minister for the Constitution & Devolution, Chloe Smith said: “People want to engage with politics online. That’s where campaigners connect with voters and is why, ahead of elections, almost half of political advertising budgets are now spent on digital content and activity.

“But people want to know who is talking. Voters value transparency, so we must ensure that there are clear rules to help them see who is behind campaign content online.

“The measures we have outlined today are a big step forward towards making UK politics even more transparent and would lead to one of the most comprehensive set of regulations operating in the world today.”

The Cabinet office hopes the move will lead to voters getting the same level of transparency from online political advertising as they would from a letterbox posted leaflet. However, the new rules still allow ‘unregistered campaigners’ that are ‘not paying’ to promote content to ‘exercise their free speech; providing a world-beating loophole which could be exploited by malevolent political groups.

The proposal calls for a system of ‘digital imprints’ to be applied to all types of online political campaign content, on all platforms. The proposed new rules also intend to apply all year round, so political advertising would be tracked whether the country is close to an election, or not.

the proposals call for digital imprints to apply to all types of campaign content regardless of the country it is being promoted from, and across a variety of digital platforms. The regime is also intended to apply all year round, as while election periods see increased promotional activity, campaigning can happen at any time.

While the rules on the surface appear to be a much-needed addition to the nations democratic process; governments plan boiled down to a centrally managed department which monitor and censor political advertising all year round.

The digital imprint system also raises eyebrows, as this data will be registered and tracked BY GOVERNMENT, meaning whatever political party is in control of Government will have the ability to track, monitor and if needed remove any political advertising they feel ‘breaks the rules’.

As with most plans that come from the Dominic Cummings led government, they involve big-data, tracking of data and government-led censorship of politics.