Boris Johnson: “Not on your nelly!!!” The PM tells the ERG ‘there will be no Brexit fudge’. 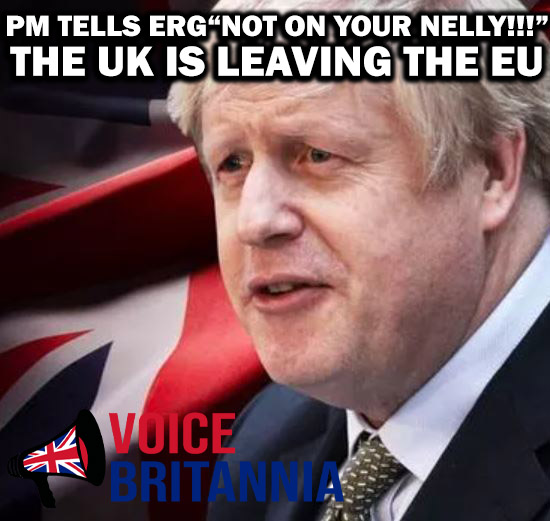 The Prime Minister is reported to have slid into the ERG Whatsapp-group this Wednesday where he took questions from members and made it clear that he intends on taking the UK out of the EU on the 30th December. There will be no ‘fudge’.

At the time of writing this article we are 5 and a half months from the 30th Brexit deadline, and only 3 months away from the EU’s ‘Brexit deal’ deadline.

Speaking to Times Radio, Patrick Maguire reported that Boris Johnson had “took to the European Research Group Whatsapp group” on the same day as Rishi Sunaks mini-budget as fear within the oft-paranoid ERG have grown on the potentiality of the UK staying within a customs union.

Stave Baker of the ERG is said to have thought the Prime Minister was dodging his questions on the UK being prevented from imposing trade tariffs once the UK leaves the EU. Baker fears that the PM’s avoidance is a sign that people within government want to charge the ‘common external tariff’ on goods from January; Which euro-sceptics fear would signal an intention to keep the UK in some sort of market and customs union with the EU.

Boris Johnson told the ERG “Not on your Nelly” on the notion of the UK remaining in any sort of customs union with the EU after the 1st January 2021. There will be no Brexit “fudge”.

While the ERG is nervous about the possibility of the UK having any sort of relationship with the EU, nothing in the actions or words of Prime Minister Johnson in the last 6 months has indicated that he intends on doing anything other than leaving the UK on the end of the year, with or without a deal.

What do you think? Is this a step in the right direction? Do we need to get Brexit ‘done’?