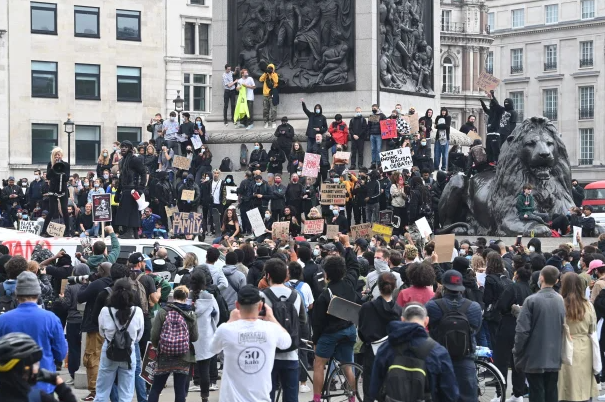 Police in London has issued a 5 PM curfew ahead of protests and expected clashes between anti-racism activists and Tommy Robinson supporters.

This week, far-right influencer Tommy Robinson called on his supporters to meet him in London, to counter-protest Black Lives Matter; Tommy Robinson later announced he won’t be attending any protests in London.

Black Lives Matter has cancelled their official Hyde Park protest in fear of violence breaking out between factions; However, it’s expected that unofficial protests will take place in central London today.

Police hope that putting these flashpoints out of the protestors reach will reduce the confrontations occurring.

The majority of the Black Lives Matter protests have been peaceful; police fear far-right protestors could push tensions to the breaking point between protestors. The Home Secretary has urged people not to attend the “illegal” gatherings.