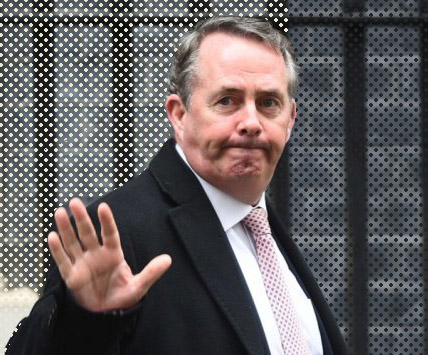 As the UK steam-rolls towards its Brexit no-deal future, Liam Fox is making his move to become the ‘Director-General’ of the World Trade Organisation (WTO). However; Move over securing a fair system of trade for the UK and securing the nation’s supplies of beef, pasta and toilet paper can all aside, as what Fox has on his mind, is Women (in the workplace).

The latest ‘diversity breakdown’ of senior staff at the WTO shows that only 5 of the 24 team members were female; The ‘Director-General’ role has never been undertaken by a woman.

As part of his quest to become the WTO boss, Dr Fox has promised that if he gets is appointed the role that at least half of his senior leadership team will be female.

Dr Liam Fox said: “What could be more counterproductive than failing to utilize the talents, innovation and creativity of half the planet’s population? Women’s economic empowerment through trade can and has played a key role in creating political stability and so the conditions for wider economic progress. This matters to all of us, wherever we are.”

Liam Fox was nominated for the role by the UK following his period as the international trade secretary. Fox will replace current D-G Roberto Azevedo who stepped down earlier this year. Fox is currently the only elected politician who is has been nominated. (Click here to view all nominees).

Governments decision to try and place Brexiteer Liam Fox at the very top of the WTO raises questions on what their intentions are. It is unclear whether Boris Johnsons is planning to use Fox to take control of the WTO, as a way to counter-balance the coming economic shock of Brexit; Or if this was a last-minute attempt to look pro-active in the face of the borderline-dead EU withdrawal negotiations.