Lord Hall claims the BBC is not “the woke corporation”. – The BBC’s issues are bigger than wokisim! 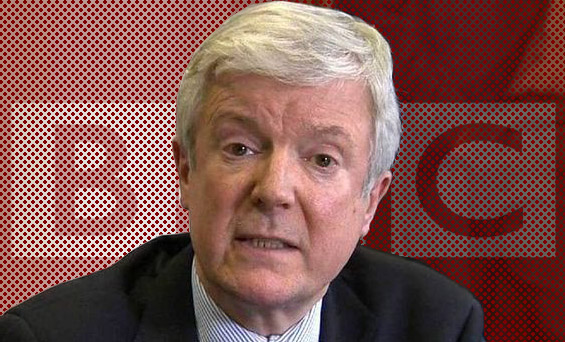 The BBC is regularly faced with accusations of ‘wokisim’ or for ignoring their code of impartiality and pandering to the right-wing, or the left-wing (It gets confusing sometimes). The BBC’s director-general has stated the corporation must focus on the “calm centre”.

Speaking on the state of the UK’s public broadcaster, from behind the Telegraphs paywall; Lord Tony Hall claimed that the BBC is not “the woke corporation” following the decision to not sing “Rule Britannia” on the last night of the BBC Proms.

The judgement not to have people singing along to the UK’s archaic national anthems was made due to the logistics created by the COVID-19 pandemic; However, right influencer Nigel Farage and Prime Minister Boris Johnson used the BBC’s choice as flag-waving ammunition, claiming it was yet another example of the UK slipping into ‘wokisim’.

Comically, people actually tried to claim that the BBC proms were ‘out of touch’ as they were refusing to sing songs which are over 100 years old!

If you ask me, it’s the national anthems themselves which are ‘out of touch’, and the whole argument was a case of grade-A, nationwide Karenisim!

Hall’s view is that the BBC must not pick a side, no matter how stormy the situation that arises, always aiming to maintain the centre-ground. The Director-general said that to ensure the BBC represents the views of the nation, they must move staff and activities away from London’s metro elite.

Lord Tony Hall said: “Our job is not to take sides. We should not pander to any particular group; we should be giving everybody, whoever they are, something. We should try to be the calm centre in what is a very stormy situation that we find ourselves in”
https://www.telegraph.co.uk/

The BBC is woke, although at the same time it is right-wing. The problem with the BBC is that, like centrist politics, it has no real direction; It is all fine and well to try and be in the ‘centre’ with no view, but you still have to do this with direction or the ‘impartiality’ will be exploited.

The best example of impartiality being exploited is the mainstream news trend of having people from political opposing extremes talking about the matters of the day; where the likes of Darren Grimes and Owen Jones are pitted against each other to talk about the headlines as if this is how normal people talk about issues.

The reality is that people like Grimes AND Jones are far detached from the day-to-day political chat of regular people like you or I! Most people are not radically-left-wing to the point of being hypocritical; And, most people are not far-right ideologues that try and spin everything to fit their world view.

The BBC, and other channels, have conflated making polar opposites argue on tv with ‘impartiality’. Whether deliberate or not, this has played into the hands of the Conservatives and their historic love of dishonesty and misrepresenting reality.

In terms of the BBC’s news content, as long as they are not reporting about politics, they are really quite good; but when we get to BBC News’s political coverage, well, you could not get further from the centre, both politically and objectively.

It is no secret that the BBC News’s political department is littered with former Conservative ministers and former Downing Street staff media people.

When you combine the Tories working for the BBC with the journalists who will spin any story for Government; You have to wonder exactly what sort of ‘centre’ Lord Hall is aiming for, A calm and balanced centre, or a government supporting political centre-right?

Wokisim is at the bottom of the pile in terms of the BBC’s current problems.