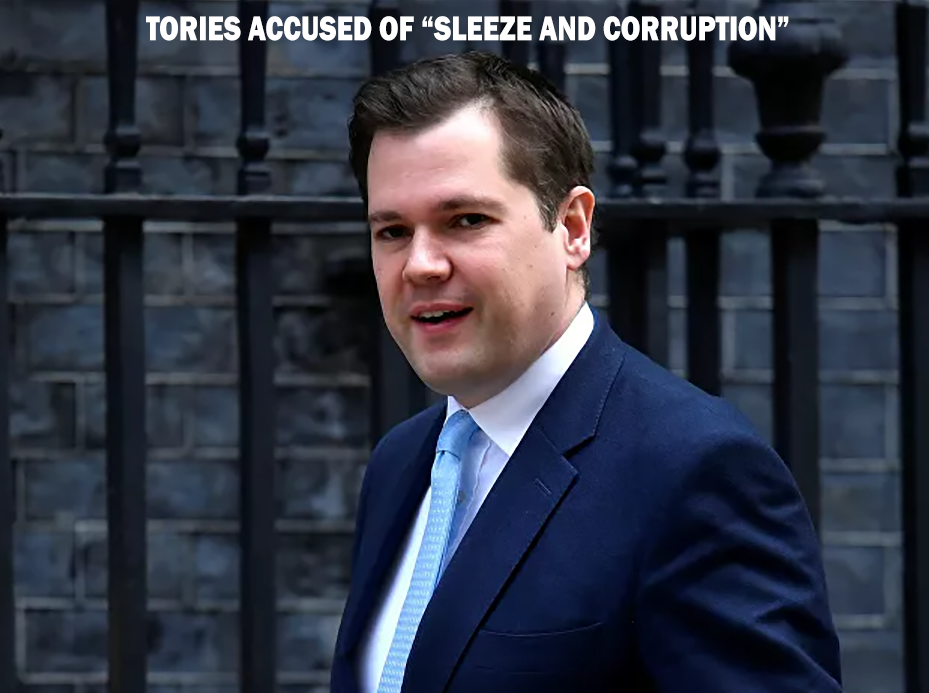 Tories accused of corruption! Former Lib Dem leader Tim Farron has accused Boris Johnson of running a government which is mired in “sleaze and corruption”. This accusation has come following Boris Johnson’s unwavering support for Housing Secretary Robert Jenrick; declaring accusations of ‘cash for favours’ as a “closed” issue.

Yesterday the Prime Ministers spokesperson stated the issue was “closed”. Communications released by Jenrick show he wanted to rush through a £1bn property deal after meeting Desmond at Tory fundraising dinner in November 2019.

Business Minister Nadhim Zahawi attempted to defend the ‘cash for access’ row telling the BBC “If people go to a fundraiser for the Conservative Party, they will be sitting next to MPs and other people in their local authorities and can interact with different parts of the authority”. Indicating that in reality, ANYONE who can pay the £1000 for a Tory fundraiser could have the same access to Ministers.

Opposition ministers have called on Robert Jenrick to resign. What are your views on this story? Are Robert Jenricks actions the behaviour of a corrupt minister; or was all a storm in a tea-cup? Let us know!