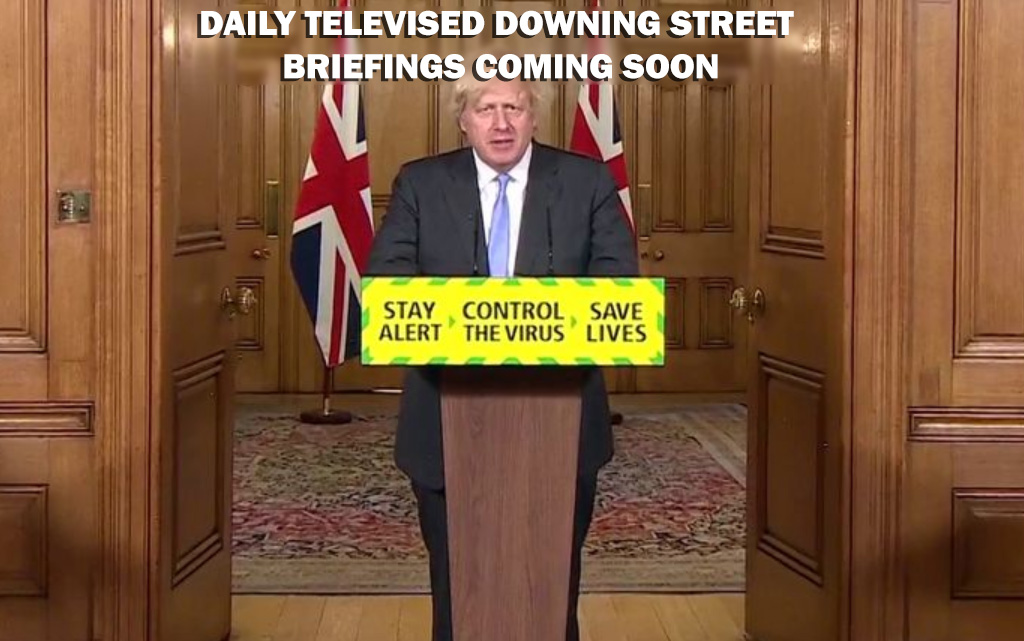 It was announced yesterday that Government is to revamp the way it delivers its daily ‘lobby briefings’, which until now have been reserved for approved ‘lobby’ journalists, and held behind closed doors.

The Prime Minister is said to have listened to arguments in favour of ‘a culture of transparency’ from Downing Street. Downing Street’s Director of Communications Lee Cain is looking to capitalise on the success of the daily COVID19 briefings. The hope is that a publically accessible daily briefing will provide a greater sense of openness to government activity.

FT’s Laura Hughes reported that the daily briefings will be shown in the afternoons and broadcast from Downing Street (date TBA). Hughes also mentioned Governments plans to cut down on their communications operation and the number of press officers in Whitehall.

Whitehall’s Executive Director for Government Communications, Alex Aiken is said to be ‘overhauling’ the entire Government communications operation with the aim of creating a smaller and ‘more agile’ operation.

Political editors across the country have applauded the move, seeing it as a step towards government being more open and transparent; however, some fear a daily downing street briefing would enable them to dictate the daily political narrative.

Do you think a daily Downing briefing Street is a good idea or a BAD idea? Will they give us more transparency or will they use them to mislead?