‘Madeleine McCann may still be alive’ says German prosecutor. ‘There is hope’. 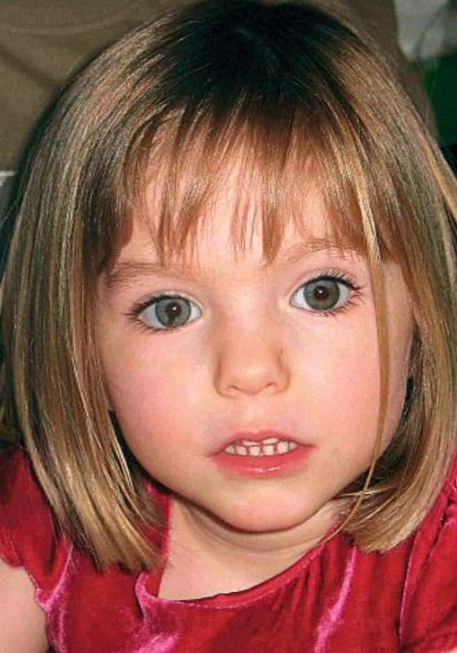 Madeleine McCann may still be alive

german prosecutor Hans Christian Wolter has told he believes there is a chance Madeleine McCann may still be alive. Madeleine McCann vanished from her hotel room in 2007 while her parents were socialising with friends.

However, when interviewed by the Mirror Wolters said: “there is no forensic evidence. There may be a little bit of hope”.

Wolter added, in Germany, in similar cases it is normal to assume a murder has taken place. The prosecutor went on to say that previous views on what may have happened to Madeleine were “personal opinion and speculation”.

Brueckner lived in the Praia da Luz resort where Madeleine was taken. All known sex offenders in the area at that time were interviewed following Madeleine’s disappearance, Brueckner was not among them. Detectives in the Algarve had information on Brueckner’s past.

Brueckner is currently in prison in Kiel, northern Germany, for drugs offences. Mr Wolters also admitted that his previous assertion that Madeleine may have been ‘killed quickly’ was only ‘personal opinion and speculation’.

Daily Mail reported, “It wasn’t until Brueckner ‘confessed’ to a friend in a bar in Germany that he knew about Madeleine’s disappearance that he became the prime suspect.”

Detectives probing into the life of Christian Bruckner are hunting for the supposed letters and have asked ex-girlfriends for notes the convicted sex offender may have sent them in the past.

Nakscije Miftari, now 25, had a relationship with Brueckner when she was 17-years-old. Miftari was assaulted by Brueckner after finding Child pornography on his computer. The Ex-Girlfriend has gone into hiding, fearing for her life.

Christian Brueckner, spent 12 years living on the Algarve. During that time he frequented the Praia da Luz area between 1995 and 2007. He is currently serving seven years for the rape of a 72-year-old American woman in Portugal in 2005. Brueckner was extradited to Germany in 2017. He was convicted of crimes relating to Drug Trafficking. He has 2 previous convictions for sexual contact with girls.

Portuguese police investigated the possibility McCann’s body was dumped in a well near suspect Brueckner’s old home, although nothing was found.

Detectives looking into Christian Bruckner’s part are hunting for letters which Bruckner may have sent top his former partners. Detectives have asked ex-girlfriends for notes the paedophile Bruckner had sent them.

Police and the Parents of Madeleine McCann will be hoping this investigation could bring closure to their near 13-year hunt. Prosecutor Wolter assertion that McCann may still be alive will provide a ray of hope to her parents, although many believe Maddie to be dead.