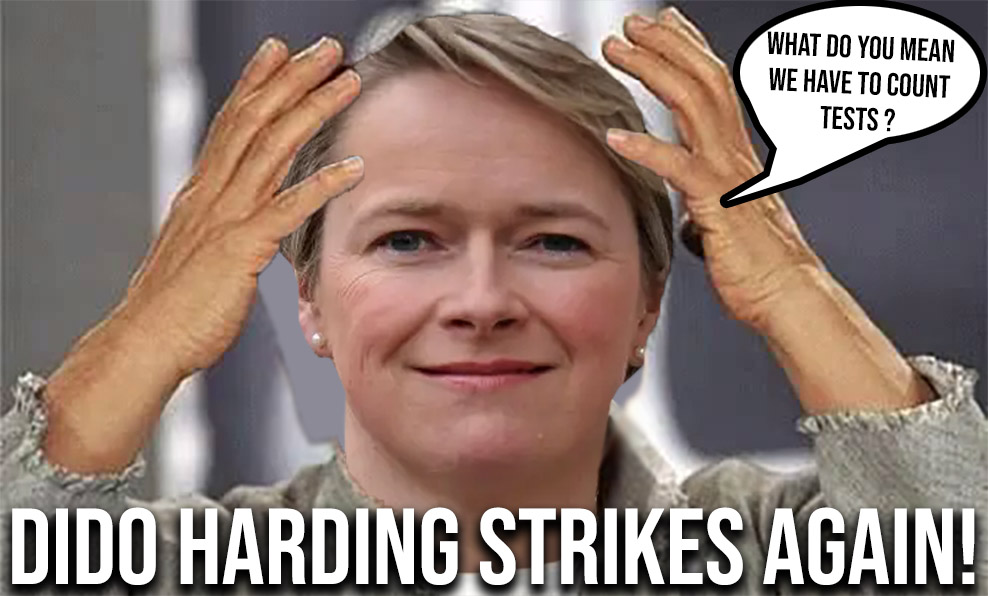 This weekend brought with it yet another shambolic page in the Conservatives ‘book of Coronavirus failure’. Government announced a ‘computer clitch’ led to almost 16,000 positive COVID-19 tests being misplaced and added to the totals.

Monday morning. DWP boss Therese Coffey was sent to answer questions from the media; However, Coffey, who is not part of the ‘Test and Trace’ team, could not give any answers on why results had been misplaced. Coffey deflected questions, although made the admission that there are COVID positive people who were not contacted by Test and Trace.

Our analysis now shows that this issue affected a total of 15,841 cases from the period between 25 September and 2 October, with the majority occurring in recent days. This means the total number of positive cases over this period was higher than previously reported.

Whether on purpose or by accident, The longer this test and trace mess goes, on the more government seems to be muddying the water. Initially, it was reported that a ‘computer glitch’ had led to thousands of results (from the 25th September to 2nd October) not being reported. By Sunday morning, the government confirmed that 15,841 cases had been overlooked!

What we know is 11,968 of the tests should have been reported between the 30th Sept’ and the 2nd Oct’; the remaining 3,873 results were from the 25th Sept’ to the 30th Sept’. Knowing this, we can extrapolate how much of those cases (on average) had been overlooked, and on what day.

Between the 25th September and 30th September, there were 3,873 results overlooked, this equates to 744 cases missed every day.

Much more concerning though, between the 30th Sept’ and 2nd Oct’ 11,968 results were lost, equating to a giant 3,989 missing results every day!

While government has attempted to spin the huge increase in new COVID cases as a ‘computer glitch’; When the missing results are added back to where they should be, the reality is terrifying.

For the period where results were lost, Test and Trace, in reality, recorded 72,561 positive COVID-19 cases. This brings the rolling 7-day total up to 58,097 cases, and the daily average to a dizzying 8299 cases every day!

Frustratingly, unless PHE Test and Trace release the metadata these tests, we have no idea what the true numbers are; Which in the middle of a pandemic is NOT ideal.

Is it time for Dido Harding to go?

No matter what way look at the revelation that so many POSITIVE Coronavirus test results were misplaced it is bad. PHE /Serco, Didi Harding and everyone involved with Test and Trace could have been forgiven for losing a few results, but to lose over 15000 is inexcusable. How does that even happen?! Many thought the abnormally high number was a symbol of a government trying to hide the truth, but the reality is an admission of a much bigger problem!

Harding should now be giving serious consideration to her future with PHE and Test and Trace. This level of incompetence within such an important institution should not be tolerated, Esspecially during a pandemic!