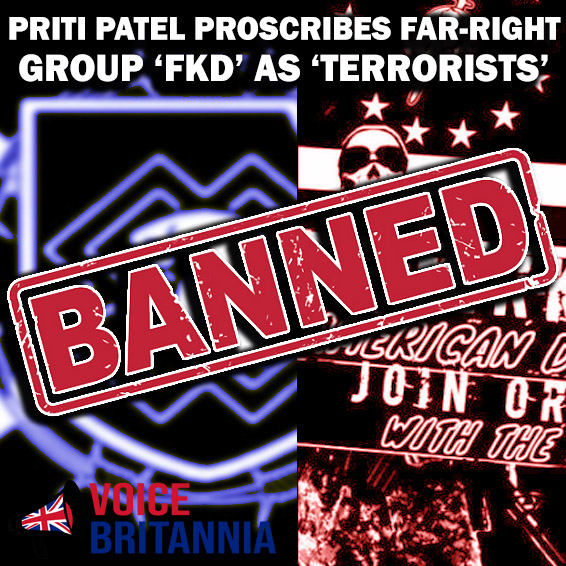 Home Secretary Priti Patel has today proscribed the neo-nazi ‘Feuerkrieg Division’ as terrorists. The group was recently found to be haring bomb-making guides and encouraging attacks cities; However, earlier this year the group was found to be led by a 13-year-old boy in Estonia!

Feuerkrieg Division is described as a ‘neo-nazi’ group which advocates for a race war while promoting ‘white supremacist’ ideology. The FKD is also known for spreading antisemitic conspiracy theories that ‘jews control everything’.

This upgrade from trouble makers to a proscribed terrorist group will make it a criminal offence to be a member or to promote the group. Anyone found guilty of being linked to the group could face up to 10 years in jail.

Recently, Police in England arrested a 16-year-old member for terrorism-related charges. In response to this arrest, FKD circulated a list of police buildings and senior police officers they wanted to target in revenge for the arrest.

“I am determined to do everything I can to stop the spread of extreme ideologies that encourage and glorify terrorism, which is why I have taken action to proscribe this group.”

The government has announced that the ‘proscription order’ will be debated in the House of Commons today, and ‘hopefully’ come into force by the end of this week.