Rishi Sunak accused of breaking promise to give NHS ‘whatever it needs’ to fight Coronavirus. £10B Funding needed by NHS. 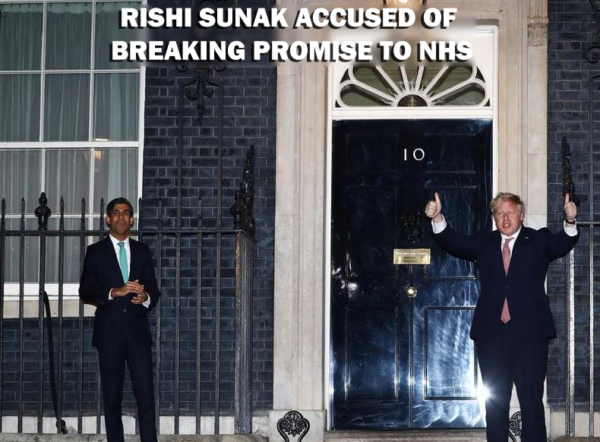 ON the NHS’s 72nd Birthday, Chancellor Rishi Sunak has been accused of breaking his promice to give the NHS ‘whatever it needed’ in its fight against COVID19. Healthcare bosses claim a £10 Billion funding injection will be needed so hospitals are prepared for winter and the inevitable second COVID19 wave.

NHS bosses have warned Government that without the additional funding the NHS will not be ready for winter or a second COVID19 outbreak. Doctors have also warned that without the assistance non-COVID services, such as cancer testing, will remain on hold with backlogs growing every day.

The Guardian reports that government is torn on the issue. Prime Minister Boris Johnson and his team (Cummings) are all firmly behind Sunak’s defiant stance; However, Matt Hancock has defended the NHS’s stance, saying the funding is essential.

The Chancellor is said to be trying to limit future spending of the government’s Coronavirus emergency funds. Sunak has already issued £123 Billion of emergency funding, with a reported £100 Billion of that going to help businesses; Leading many to wonder why the government is willing to spend so much to prop-up business while refusing to put their hands in their pockets for the NHS?

The blockage in negotiations has been blamed on the Treasuries refusal to continue paying a £400 Million a month contract the NHS says is essential. The contract, between the NHS and private hospitals, was agreed in March. The contract was struck as a temporary measure to ensure that people needing cancer surgery and other operations could still have them, freeing the NHS’s hospitals up for COVID19 patients.

Ironically, Sunak and his treasury team are telling the NHS that they have to commit to keeping waiting lists down by using private hospitals to pick up the slack. Although Government claims that much of the money they have spent so far on this contract, has been wasted; with few surgeries happening. NHS professionals claim the private sector deals are important as hospitals can only operate at around 60% capacity due to infection control guidance, and without the deal, people will have to wait longer for surgeries.

Professionals now have to wait and see if Sunak will be willing to pay the funding, to help protect the NHS as he promised; or if he will take the gamble and risk not giving the NHS ‘everything it needs to fight Coronavirus’.

NHS bosses and the Department of Health only have to wait until Wednesdays mini-budget to see if the chancellor will pay the contract.