We explain the ‘Rule of Six’ – New laws apply from this Monday. 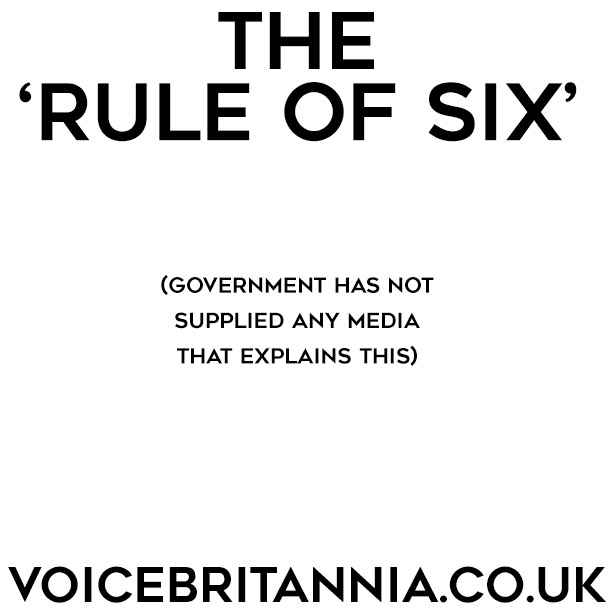 From today, new laws to stop social gatherings of more than six people come into effect. “Government calls on the public to remain vigilant” However, many believe the rule us six is confusing and too late.

The new “rule of six” claims to simplify the rules on social gatherings for people in England; however, sparse and sometimes confusing instructions have led people to demand government release more guidence on this plan.

Police will be able to disperse any such gatherings and fine individuals involved £100, doubling up to a maximum of £3,200.

The ‘Rule of Six’ means that apart from a limited amount of other settings, it will be illegal to meet in groups of more than six people; With fines being used to discourage non-compliance. Organisers of ‘unlicenced events’ could be subject to fines of up to £10,000!

It is hoped the ‘Rule of Six’ will stop the virus from spreading at the home. Social gatherings, Schools, Universities and workplaces are all exempt from the plans.

Home Secretary Priti Patel said: “From Monday new laws will enable the police to fine anyone in breach of the rule of six. As we continue to fight this virus, I urge the public not participate in social gatherings of more than six people in any setting, indoors or outdoors.”

Large workplaces and schools with large amounts of pupils pose some of the biggest risks of spreading COVID-19. Only time will tell whether the ‘rule of six’ will help slow the spread of COVID-19.