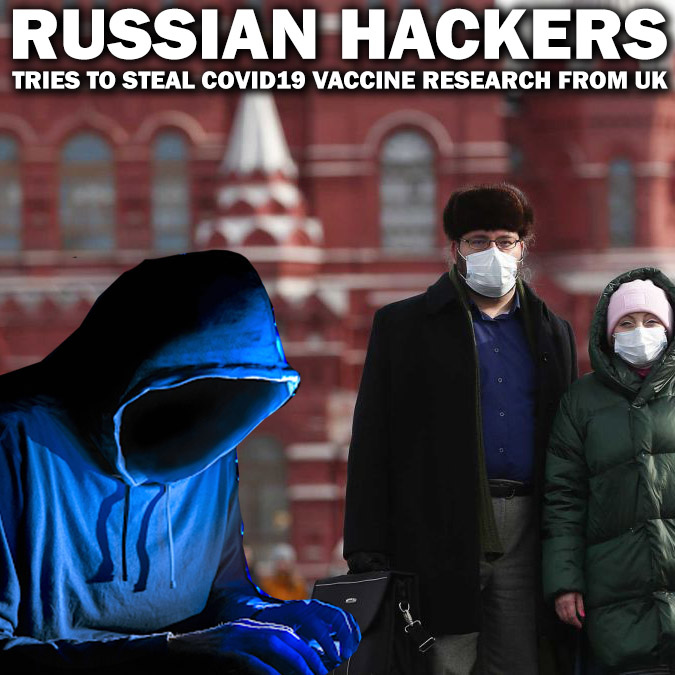 On the day it was announced that Parliaments Intelligence and Security Committee would release the much-speculated ‘Russia Report’, Dominic Raab has hit out at Russian attempts to steal information relating to the UK’s development of a COVID19 vaccine.

Foreign Secretary, Dominic Raab, said: “It is completely unacceptable that the Russian Intelligence Services are targeting those working to combat the coronavirus pandemic.

“While others pursue their selfish interests with reckless behaviour, the UK and its allies are getting on with the hard work of finding a vaccine and protecting global health.

“The UK will continue to counter those conducting such”

In a statement from the forign office, it is alleged that the groups “APT29” and “Cozy Bear and the Dukes” were behind the attacks. The NCSC (National Cyber Security Centre) said they are 95% certain that APT29 is part of the Russian Intelligence Services. NCSC says it is ‘highly likely’ the attacks were done in an attempt to steal COVID-19 vaccine research or data on the virus itself.

While many will see this as a pro-active move by Government to see off any attempts by Russian hackers, many have seen the timing of this as an attempt to take any potential sting out of whatever may be released next week when the ‘Russia Report’ is finally released to ministers and the public. Is Government being pro-active, or is this too much too late?

What do you think about this? Is Government scrambling to make it look like they have took action against the Russians, or is this simply window dressing?