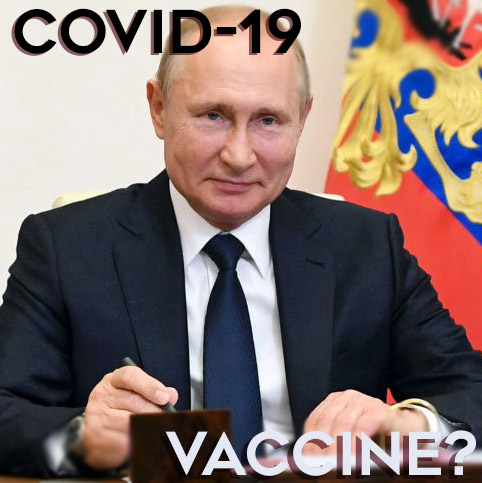 This week, Vladimir Putin boasted that the Russian Federation has successfully tested and released the worlds first COVID-19 vaccine; but scientists, healthcare professionals and sources VB has spoken to have all believe the vaccine has been released without being properly tested.

After only 42 days of testing, The Russian president claimed the ‘Sputnik V vaccine’ had ‘passed all available tests’; indicating that his DAUGHTER had been injected with the vaccine and that it had led to her body creating the much-needed COVID-19 antibodies; however, it is this claim which has led to the most doubt being cast against the Russians claim.

Earlier this year, Scientists in Madrid conducted a large-scale study into COVID19, to look at asymptomatic spread within Spanish society. The study looked at almost 36,000 households which were picked at random from Spains ‘municipal rolls. Scientists wanted to ascertain how many people had developed the antibodies (Seroprevalence) needed to fight Coronavirus.

The results show as little as 5% of people tested had developed COVID19 antibodies. Scientists say this indicates that people who have had Coronavirus are not guaranteed to develop COVID19 antibodies after infection or vaccination.

Similar studies into COVID-19 Seroprevalence and potential vaccines also found that in most cases the human body does not produce COVID-19 antibodies to the same extent that would be seen with other virus’s. Further to this, a recent study has found that the antibodies are less effective when used with a different age group, meaning that antibody-based COVID-19 based vaccines may need to have different variants for different age groups.

Many studies on seroprevalence and vaccinations seem to share the view that a COVID-19 vaccine would, due to the low amount of antibodies COVID-19 creates, have to use T-cells to stop the virus. Studies into the use of a T-cell based vaccine has already shown green shoots.

Going back to Putin’s dubious vaccine claim, the Daily Mail reported that one of the document registration documents submitted by Russian scientists stated that ‘no clinical studies have been conducted to study the epidemiological effectiveness; And Russian vaccine patients reporting side-effects that include pain and swelling.

From start to finish, the Russian announcement of their COVID-19 vaccine played out like a telenovela. The funniest part of this story was the Russian’s claim that the “SPUTNIK V” vaccine announcement ‘was not political’, because there is absolutely NOTHING political about the name Sputnik!

This is and always will be the problem with Russian state propaganda, they just don’t know when to stop and simply dont care

If Putin had just told the world “We have a vaccine and it works”, then said nothing more on the matter, there is a chance we would have believed him as the more complex a lie is the more opportunity there is to disprove it. If you are going to lie, keep it simple.