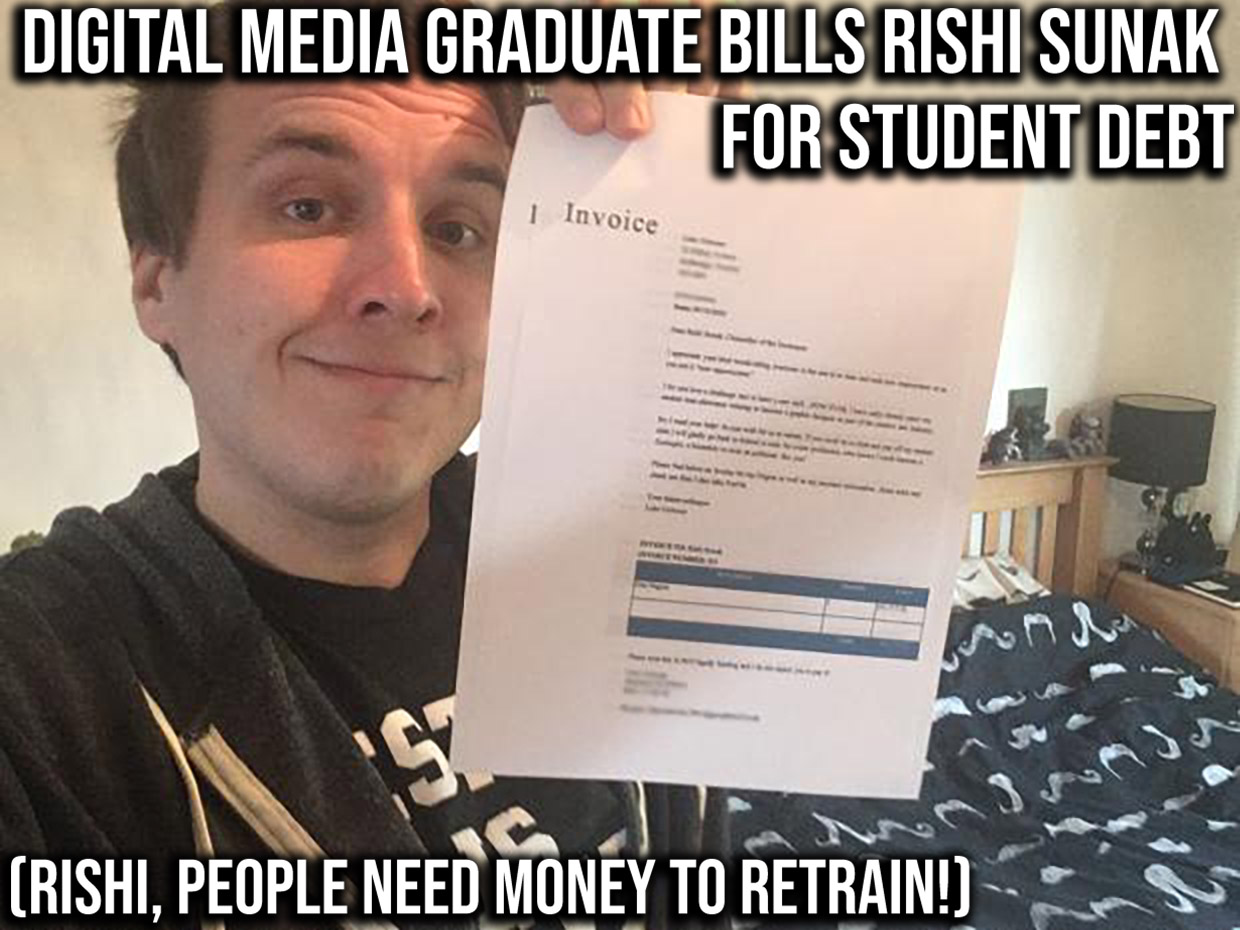 A graduate made redundant due to COVID-19 and advised to ‘retrain for cyber’ by government has decided to bill the Chancellor of the Exchequer for his entire student debt!

Speaking to The Tab , Osbourne said: “My instant reaction was, I wonder if I can get a refund on my degree if I have to retrain.”

As luke is a graduate he would only be eligible for another year of student finance while a degree would require at least 3. For those who have already obtained degrees in Media, Journalism or any of ‘the arts’ the advice to retrain verges on redundant; as without the additional funding, it is next to impossible for most to retrain for a skilled job.

Osborne went on to create an invoice for his ENTIRE £41,717.32 student debt and sent it directly to Rishi Sunak. Along with the bill, Osbourne wrote:

“I for one love a challenge and to learn a new skill ..HOWEVER, I have sadly already spent my student loan allowance training to become a graphic designer as part of the creative arts industry.

“So, I need your help! If you wish for us to retrain, if you could be so kind and pay off my student debt I will gladly go back to school to train for a new profession, who knows I could become a zoologist, a scientist or even a politician like you!

This story was originally reported by The Tab; However, Voice Britannia found it uncredited in the Northern Echo. We just thought you should know that.