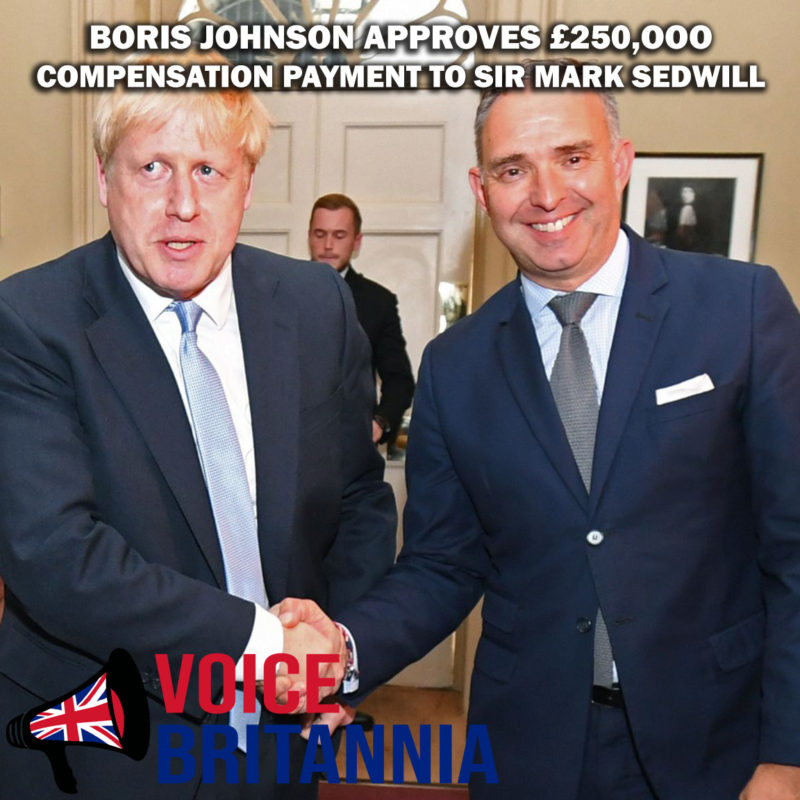 Prime Minister Boris Johnson has signed off on a giant £250,000 compensation payment to the exiting head of the civil service Sir Mark Sedwill.

Sedwill, the UK’s top civil servant, announced last month than he would be stepping down from his positions as ‘Cabinet Secretary’ and ‘National Security Advisor’; paving the way for Boris Johnson and Dominic Cummings reboot of the civil service.

ITV’s Political Editor Robert Peston was quick to comment on the nature of the payment, commenting that it’s most likely that Sir Mark had threatened “to take the government to an employment tribunal” over his release; as it is only on the basis that government knew they were going to lose at a tribunal that they would have classed such a large payment as “value for money” at a time when money is reported as tight.

The fact Government officials find the thought of paying of £250k to an outgoing civil servant as ‘value for money’ does point towards the probability that Sir Sedwill has taken legal advice; and that the government has done the same, quickly realising that it’s much easier to pay this problem off and brush it under a Westminster carpet than hoping it will go away.

The approval letter states that the money ‘is likely’ to be paid into Sir Marks pension account, which should provide him with quite a nice retirement!