YOU stayed home. YOU protected the NHS. YOU saved lives. Boris Johnson doesn’t deserve you 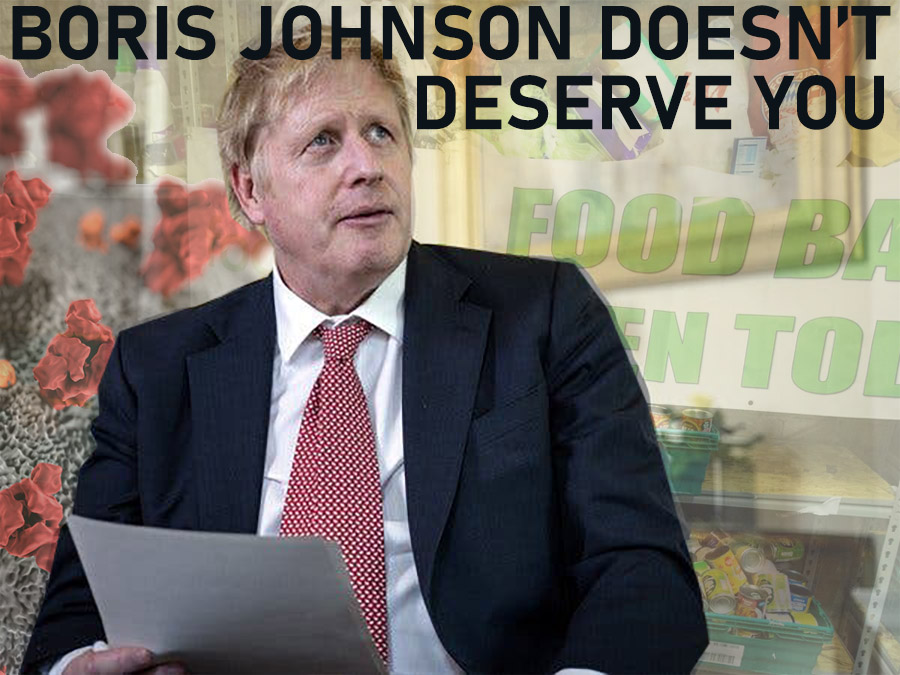 Say what you like about Boris Johnson; he knows how to win an election. His detractors may squawk about the specific circumstances of individual elections, but his electoral record cannot be denied.

He was a two-term Mayor of London, an avowedly Labour city won over by a grinning Tory toff. Under his leadership, the Conservatives – already in power for ten years – won a decisive victory, turning Labour heartlands blue in an earthquake moment in British politics.

His blend of charisma can be infectious; a smirk can be seen playing on his lips during press conferences, evidence of a joke his supporters are in on, but that his detractors aren’t. He is the bullish, Bullingdon blunderbuss that wins fans over with his upbeat charm.

Yes, Johnson has many admirers, and if you’re reading this, you may even be one of them. Let’s be honest though – he doesn’t deserve you. The British people expect a great deal from their leaders, and rightly so.

Running a modern, technologically advanced country like Britain is a challenging and demanding task, and British voters should expect nothing less than commitment, respect and loyalty from their Prime Minister. If you’re offering Johnson your support, you are entitled to these things in return. In each instance, Johnson has shown that he doesn’t deserve you. Let’s examine his record.

Your immense sacrifices dragged the rate of infection down, saving thousands of lives. Of course, Boris Johnson’s senior advisor, Dominic Cummings, did not feel the rules applied to him – he treated himself to a trip to Barnard Castle, then insulted your intelligence with his excuse. He remains in post, still deciding the direction of the country. Johnson showed his loyalty was not to the British people, but to Dominic Cummings. Johnson supporters; he doesn’t deserve you.

The British people’s sacrifice extended, of course, to staying away from care homes. Elderly friends and family have spent recent months of their long lives pining for the visits of children and grandchildren. Many of our care home residents are survivors of the Greatest Generation, that noble cohort that lived through WWII.

Now, in the twilight of their years, many wish only for the sight and touch of relatives – but they and the British people have made sacrifices for the greater good. Boris Johnson’s government rewarded that sacrifice by discharging hospital patients directly into care homes without a COVID test. The resulting chaos killed thousands. Johnson supporters, he doesn’t deserve you.

The British people have endured previously unimaginable hardships this year. Parents have been locked down with their young children; workers have been furloughed, left with a mind-numbing uncertainty about their future; key workers have risked their lives, on a daily basis, for the good of the nation. Your tenacity and grit will echo down the generations – but what of Boris Johnson?

This year, he’s taken holiday after holiday. He was in Mustique over new year, bankrolled by an anonymous donor. He missed COBRA meetings, preferring Chevening, a 115 room mansion in Kent.

After his own bout of COVID, he recovered at Chequers, a grade I listed country house in Buckinghamshire. While the A-levels fiasco rolled on, he holidayed in a yurt. His job is hard, but he knew that going into Downing Street. His endless breaks are not a luxury you get, as you navigate this most challenging of years.

Johnson supporters, he doesn’t deserve you.